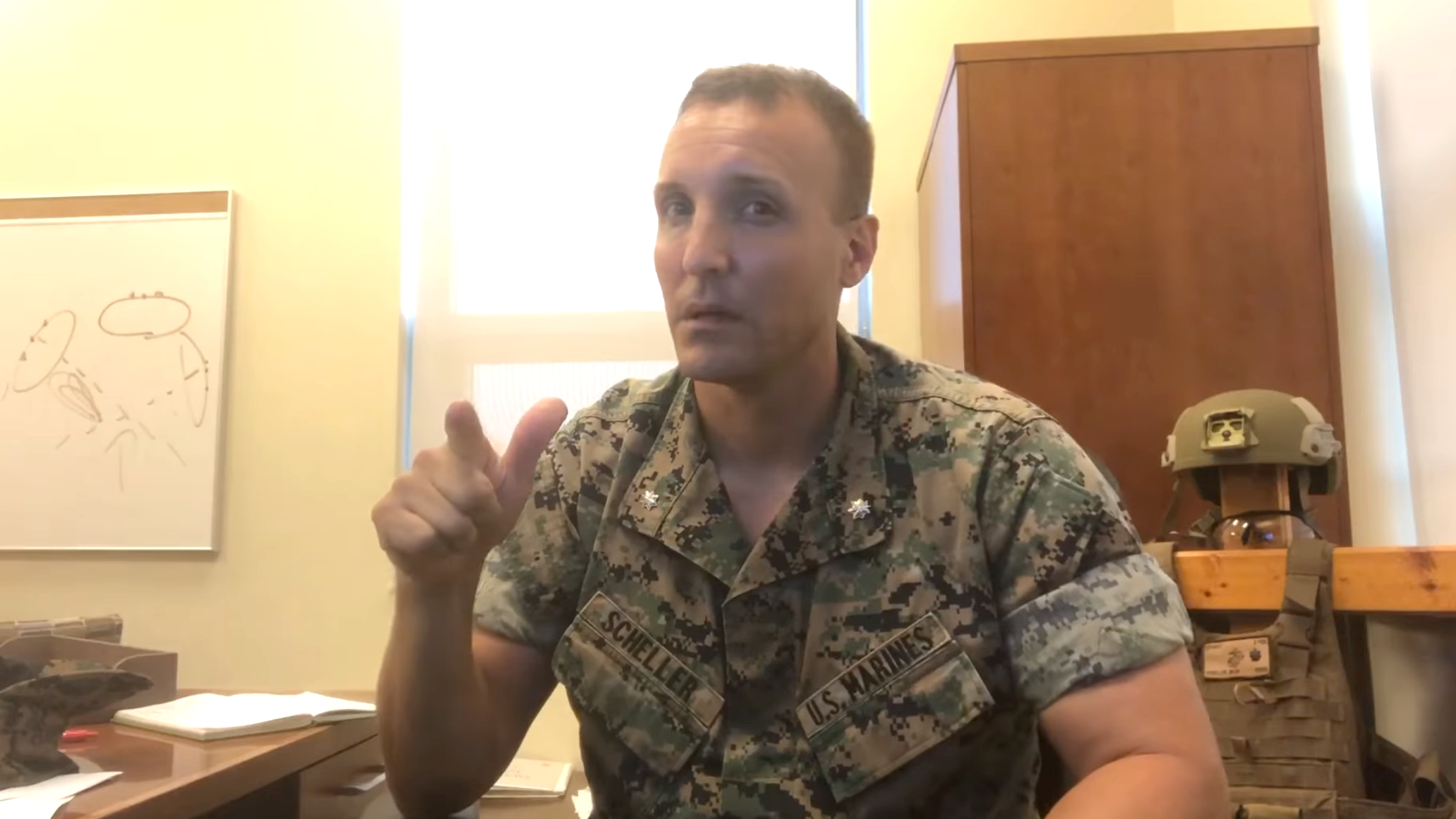 “All our son did is ask the questions that everybody was asking themselves, but they were too scared to speak out loud.”

Lt. Col. Stuart Scheller, the Marine officer whose meteoric rise to internet fandom began with a video criticizing military leadership over Afghanistan, is currently in the brig, his father told Task & Purpose.

“All our son did is ask the questions that everybody was asking themselves, but they were too scared to speak out loud,” said Stu Scheller Sr. “He was asking for accountability. In fact, I think he even asked for an apology that we made mistakes, but they couldn’t do that, which is mind-blowing.”

“They had a gag order on him and asked him not to speak,” the senior Scheller said. “He did, and they incarcerated him. They don’t know what to do with him.”

“Lt. Col. Stuart Scheller Jr. is currently in pre-trial confinement in the Regional Brig for Marine Corps Installations East aboard Marine Corps Base Camp Lejeune pending an Article 32 preliminary hearing,” said Capt. Sam Stephenson, a spokesman for Training and Education Command. “The time, date, and location of the proceedings have not been determined.  Lt. Col. Scheller will be afforded all due process.”