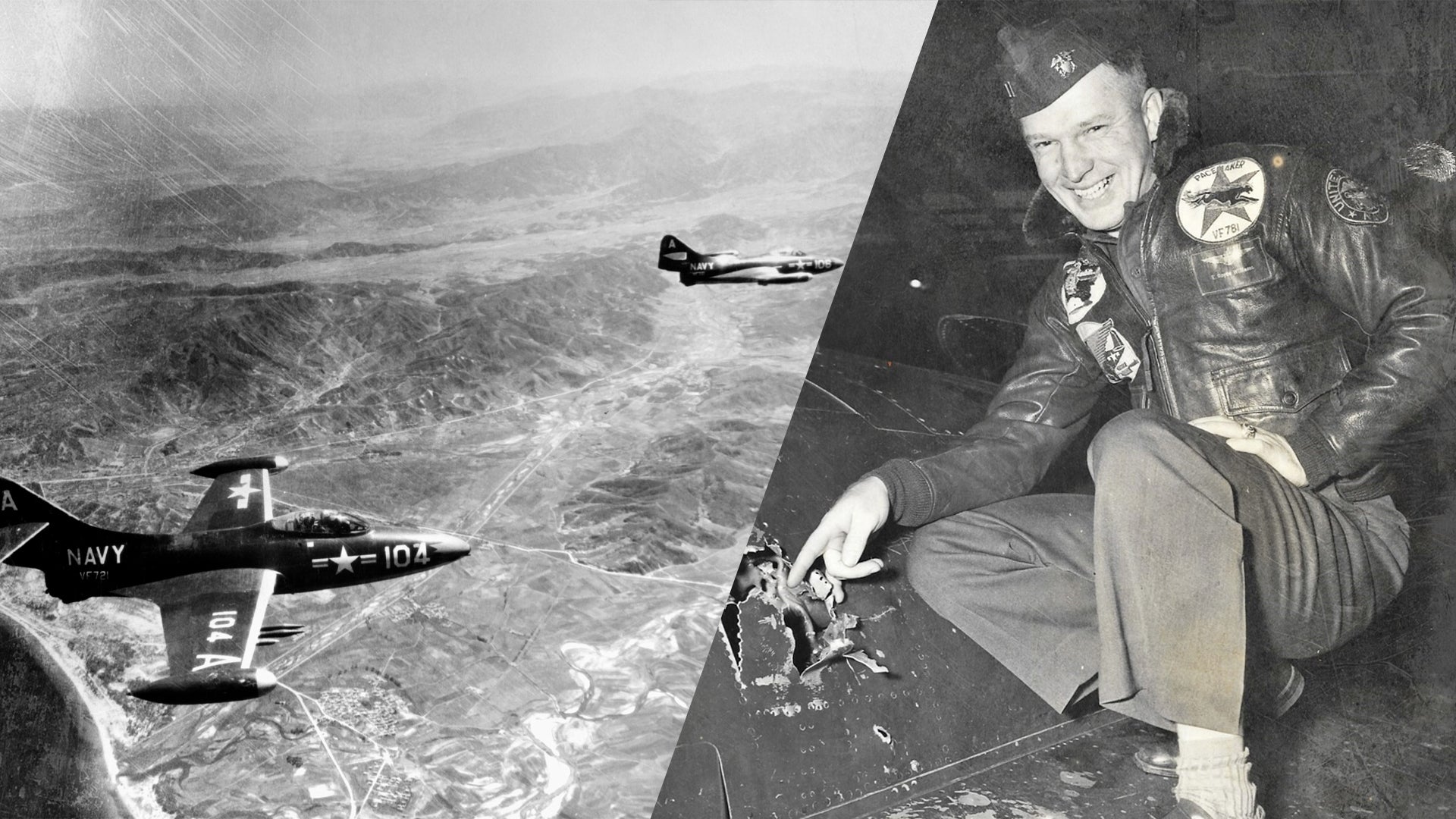 More than 70 years ago, Navy Capt. Royce Williams flew in one of the greatest dogfights of all time, taking on seven Soviet jets alone in an engagement that remained classified for decades.

This Friday, Williams will receive the Navy Cross — the service’s second-highest award for valor — for his heroic actions.

“The heroism and valor he demonstrated for 35 harrowing minutes 70 years ago in the skies over the North Pacific and the coast of North Korea saved the lives of his fellow pilots, shipmates, and crew.” said Rep. Darrell Issa (R-Cal.), who has previously advocated to have Williams receive the Medal of Honor for his action, in a statement on Jan. 13. “His story is one for the ages, but is now being fully told.”

On Nov. 18, 1952, Williams – flying his second mission of the day – took off from the USS Oriskany in a Grumman F95-5 Panther as part of a combat air patrol mission over the Sea of Japan, near the border with North Korea, China, and the Soviet Union.