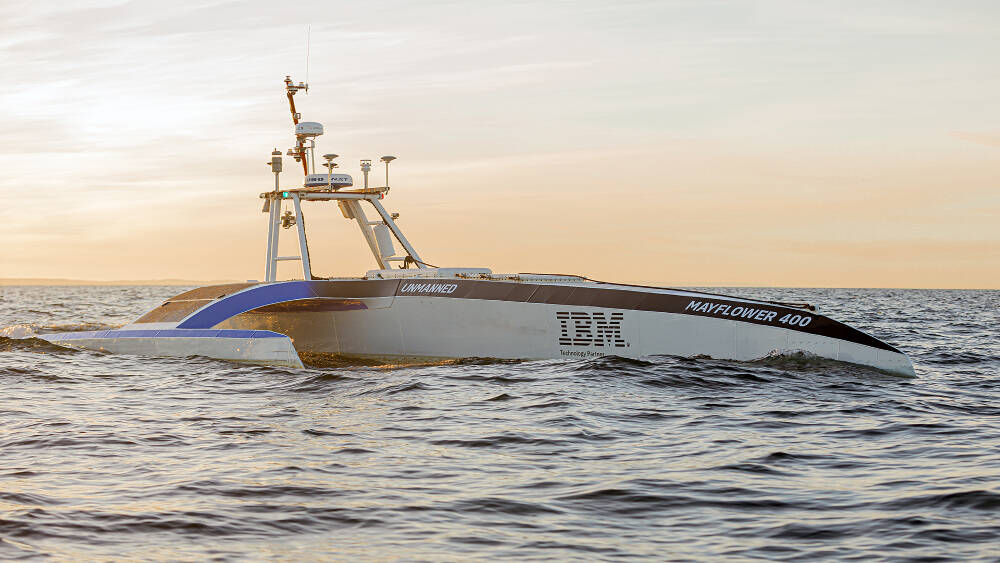 The crewless AI-powered Mayflower ship, which was on its second attempt to cross the Atlantic ocean alone, is being hauled back to shore after suffering a mechanical failure.

The ship, built by ProMare, a non-profit organization focused on marine research, with help from IBM, set off from Plymouth, UK, last month with the goal of reaching Washington DC. But after less than two weeks into the journey, the computer-controlled vessel broke down near Portugal.

The Mayflower carries numerous cameras and sensors onboard running computer-vision algorithms for navigation. If it suffers a hardware issue, however, there's no one around to fix it. Information on the 15-metre-long vessel's status is shared via an online dashboard, and viewers can track its location and watch live feeds of it sailing.

A sharp-eyed Reg reader noticed the level on the ship's solar-charged batteries had dropped, and it appeared to be drifting off course, last week. The live streams have since shut down.