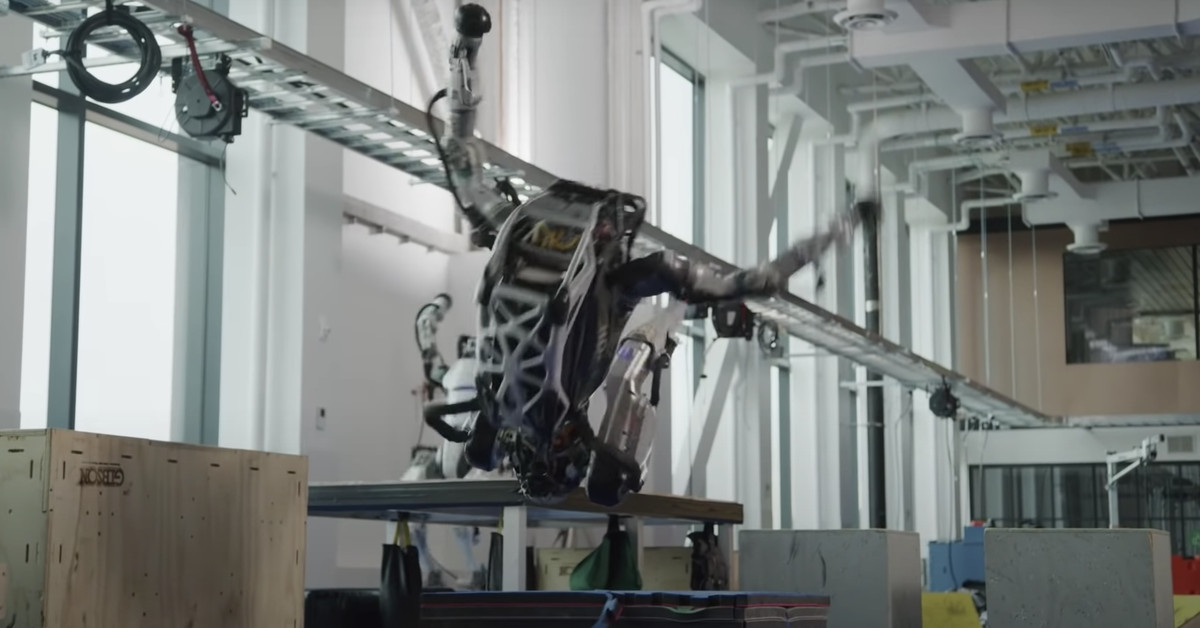 Boston Dynamics has published a pair of new videos showcasing its bipedal Atlas robot. The first is typical Boston Dynamics flash, with two Atlas units demonstrating an extremely impressive gymnastics routine. They flip, they vault, they nearly fall over but not quite — it’s brilliant. The second video, though, offers an unusually transparent assessment of Atlas’ capabilities, as the company’s engineers explain what goes into creating these routines.

As Boston Dynamics has said before, Atlas is essentially a research project: a cutting-edge machine that helps the company’s engineers work out better control and perception systems. “At a practical level it’s a platform for us to do R&D on,” says Benjamin Stephens, control lead for Atlas, in the video. That research includes these gymnastic and parkour routines, with which the company regularly delights (and unnerves) the internet.

Some roboticists, though, have criticized Boston Dynamics for misleading people about the capabilities of its machines. Its videos are impressive, yes, but they’re also tightly structured demonstrations — orchestrated routines that take a lot of tinkering and tweaking to pull off. You can’t just point Atlas at a course and let it do its thing, as Stephens explains in the behind the scenes video: “It’s not the robot just magically deciding to do parkour, it’s kind of a choreographed routine, much like a skateboard video or a parkour video.”