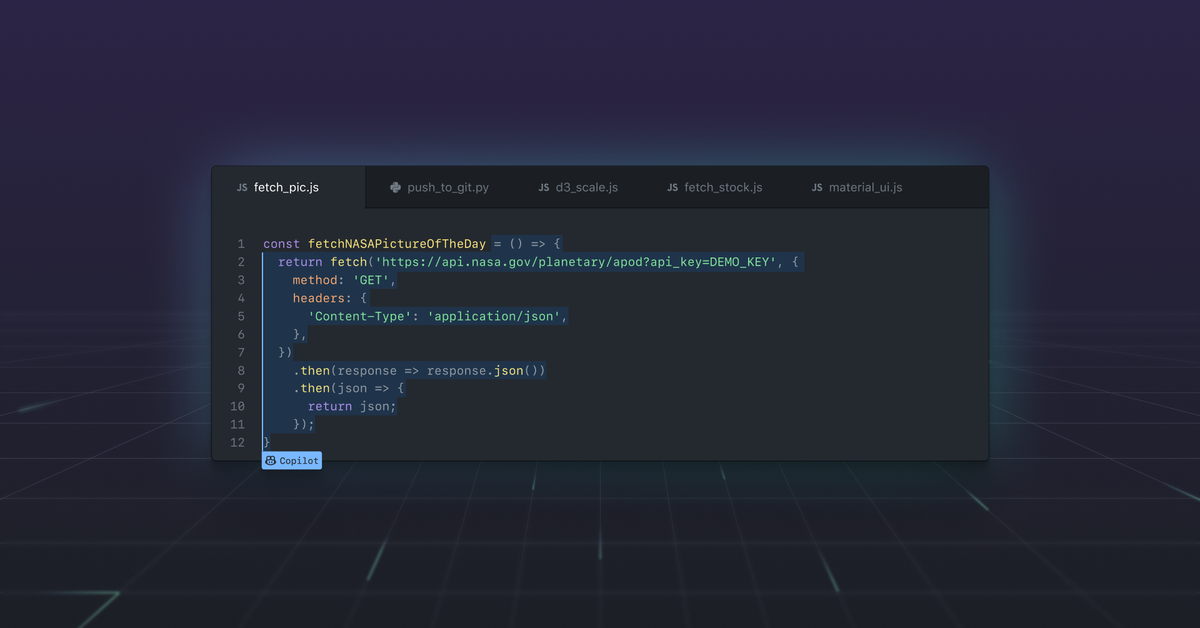 Microsoft-owned GitHub is launching its Copilot AI tool today, which helps suggest lines of code to developers inside their code editor. GitHub originally teamed up with OpenAI last year to launch a preview of Copilot, and it’s generally available to all developers today.

Priced at $10 per month or $100 a year, GitHub Copilot is capable of suggesting the next line of code as developers type in an integrated development environment (IDE) like Visual Studio Code, Neovim, and JetBrains IDEs. Copilot can suggest complete methods and complex algorithms alongside boilerplate code and assistance with unit testing.

More than 1.2 million developers signed up to use the GitHub Copilot preview over the past 12 months, and it will remain a free tool for verified students and maintainers of popular open-source projects. In files where it’s enabled, GitHub says nearly 40 percent of code is now being written by Copilot.

“Just like the rise of compilers and open source, we believe AI-assisted coding will fundamentally change the nature of software development, giving developers a new tool to write code easier and faster so they can be happier in their lives,” says GitHub CEO Thomas Dohmke.