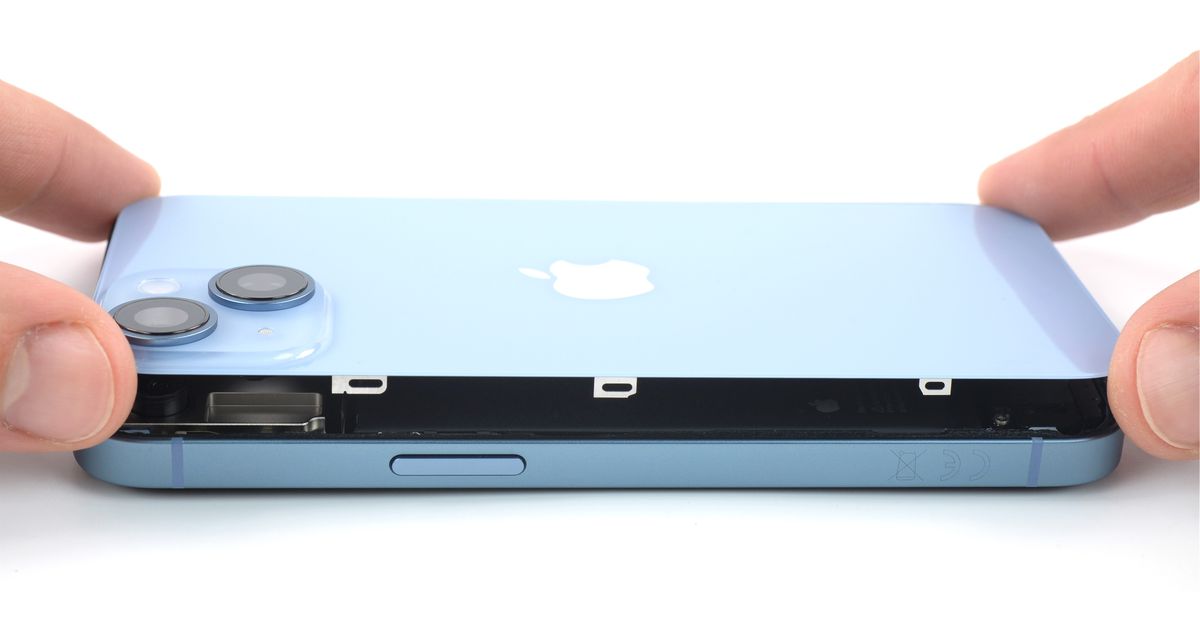 A new iPhone 14 teardown video from iFixit shows a major repairability improvement: removable back glass. The video demonstrates how you can lift the rear glass panel with ease, using only a heating mat, a suction handle, and an opening pick — a huge deviation from the past few generations of iPhones that weren’t so repair-friendly.

iFixit describes the process in more detail in a post on its site, noting that the back glass is “simply secured with two screws and a single connector.” Apple appears to have used an adhesive that isn’t so strong, making it a lot easier to take off the back panel without any expensive tools. iFixit also points out that removing those same screws will give you access to the screen in case you need to repair that as well.