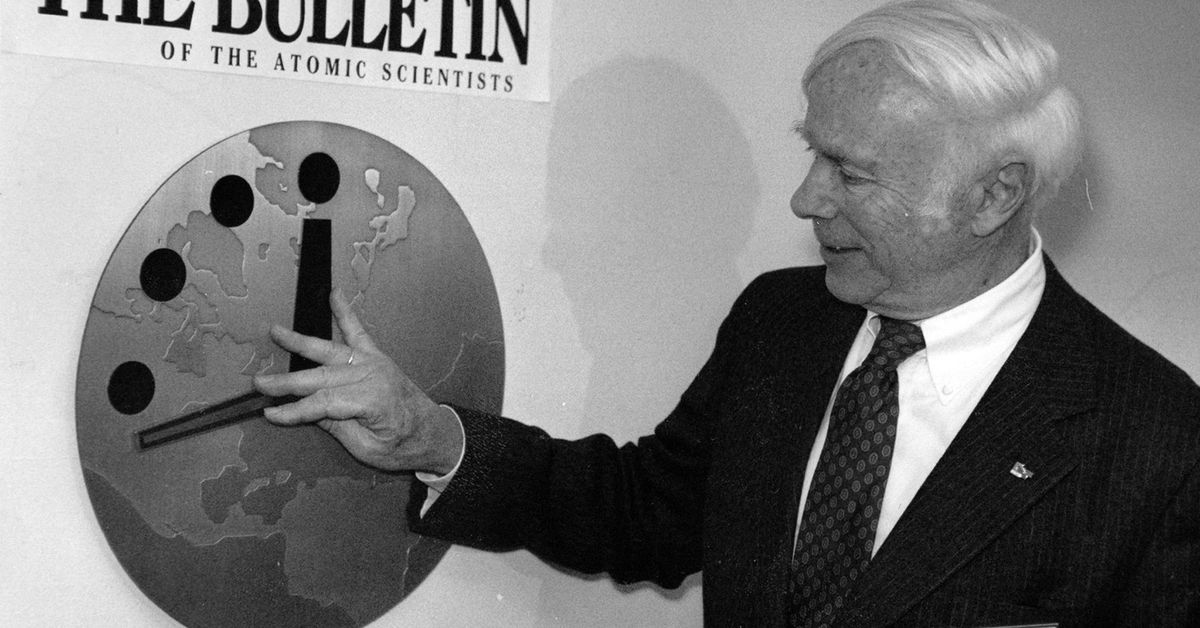 We are now 90 seconds to our doom

Fellow humans, we are now just 90 seconds away from our doom — also known as midnight on the Doomsday Clock. It’s “a metaphor for how close humanity is to self-annihilation,” according to the Bulletin of the Atomic Scientists, which sets the time each year. And we’ve never been closer to the apocalypse.

While it’s just a metaphor, the decision to move the clock’s hands closer to midnight reflects real-world risks. This year, that included the war in Ukraine, heightened nuclear tensions, worsening climate change, and proliferating disinformation campaigns.

But the biggest factor this year, according to the Bulletin, was the conflict in Ukraine. You can read more about the Bulletin’s decision in their official statement, which is released each year. This is the first year the statement has been released in English, Russian, and Ukrainian.

“Russia’s invasion of Ukraine has increased the risk of nuclear weapons use, raised the specter of biological and chemical weapons use, hamstrung the world’s response to climate change, and hampered international efforts to deal with other global concerns,” the statement says.