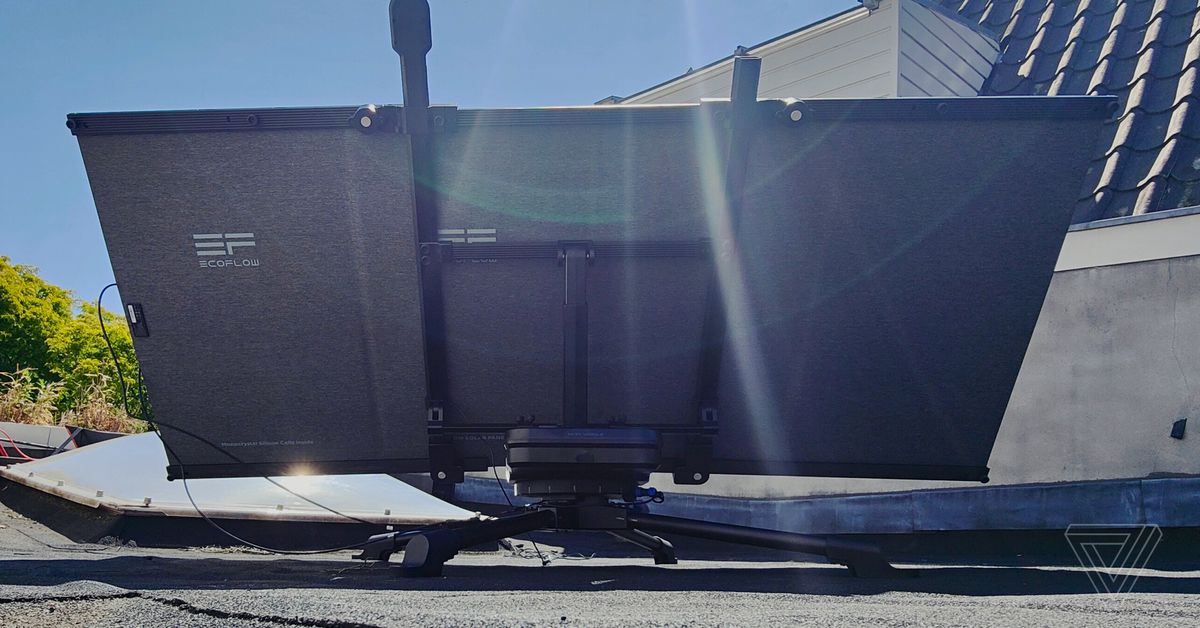 Solar panels are more efficient than ever, with consumer options now capable of converting up to 25 percent of the sunlight hitting cells into electricity. But those efficiency rates assume that the panels are pointed directly at the sun, which is rarely the case during its arcing trek across the sky.

The EcoFlow Solar Tracker solves this with a self-powered, motorized robotic arm that keeps your solar panels at a perfect 90-degree angle to the sun. Its sensor locks onto the sun automatically from dusk to dawn, causing the two-axis machine to lift and turn your solar panels in perfect harmony. This results in 30 percent more energy produced by your existing panels, according to EcoFlow.

Be warned, though: this chatty robot costs $3,399. It also isn’t nearly as portable as the company claims, and it got confused by clouds and reflections in my week of testing.

EcoFlow describes the Solar Robot as portable, saying it can be “collapsed, folded up and transported with ease.” It backs up the claim with a poorly photoshopped image on its product page of someone casually carrying the entire assembly in one hand — by the fingertips, no less. The image is a lie.