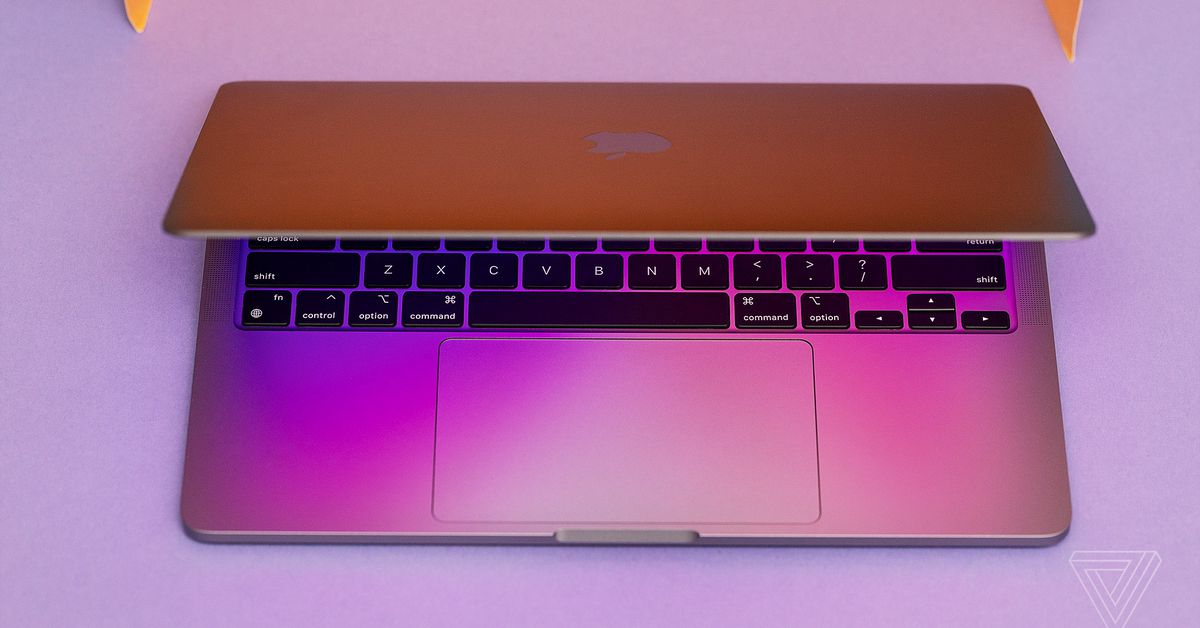 I know that sounds like an odd statement coming from someone who runs benchmarks for a living, but this is not a device where they matter all that much because, if you’re the kind of person running benchmarks or the kind of person to whom benchmark scores are at all relevant, I’m going to tell you right at the top that you shouldn’t be buying this.

Let us explore the current MacBook market. This MacBook Pro has the exact same chassis as the 13-inch M1 MacBook Pro that was released in 2020 (which itself used a design that dates back to 2016). It’s the same 2560 x 1600 screen, the same Magic Keyboard, the same two Thunderbolt ports, the same Touch Bar, and the same slightly tapered sides. Remember all those cool new (technically old) design features, like HDMI ports, SDXC slots, and MagSafe charging Apple put on the MacBook Pro models it released in late 2021? Yeah, none of those are here. Neither is the fancy Mini LED display or upgraded 1080p webcam.

There has, basically, only been one change made to the MacBook Pro from 2020: it has a new processor. (Okay, so Apple’s also added a 24GB memory option, the speakers now support Spatial Audio, the jack has “advanced support for high-impedance headphones,” and the adapter is a whole six watts more powerful... but the processor is the main thing.) Like the M1, the M2 uses Apple’s custom Arm silicon. It has more transistors than the M1, more memory bandwidth, and an updated media engine as well as additional GPU cores (10, to the M1’s eight). It’s a new chip in what is, at this point, a dated chassis.