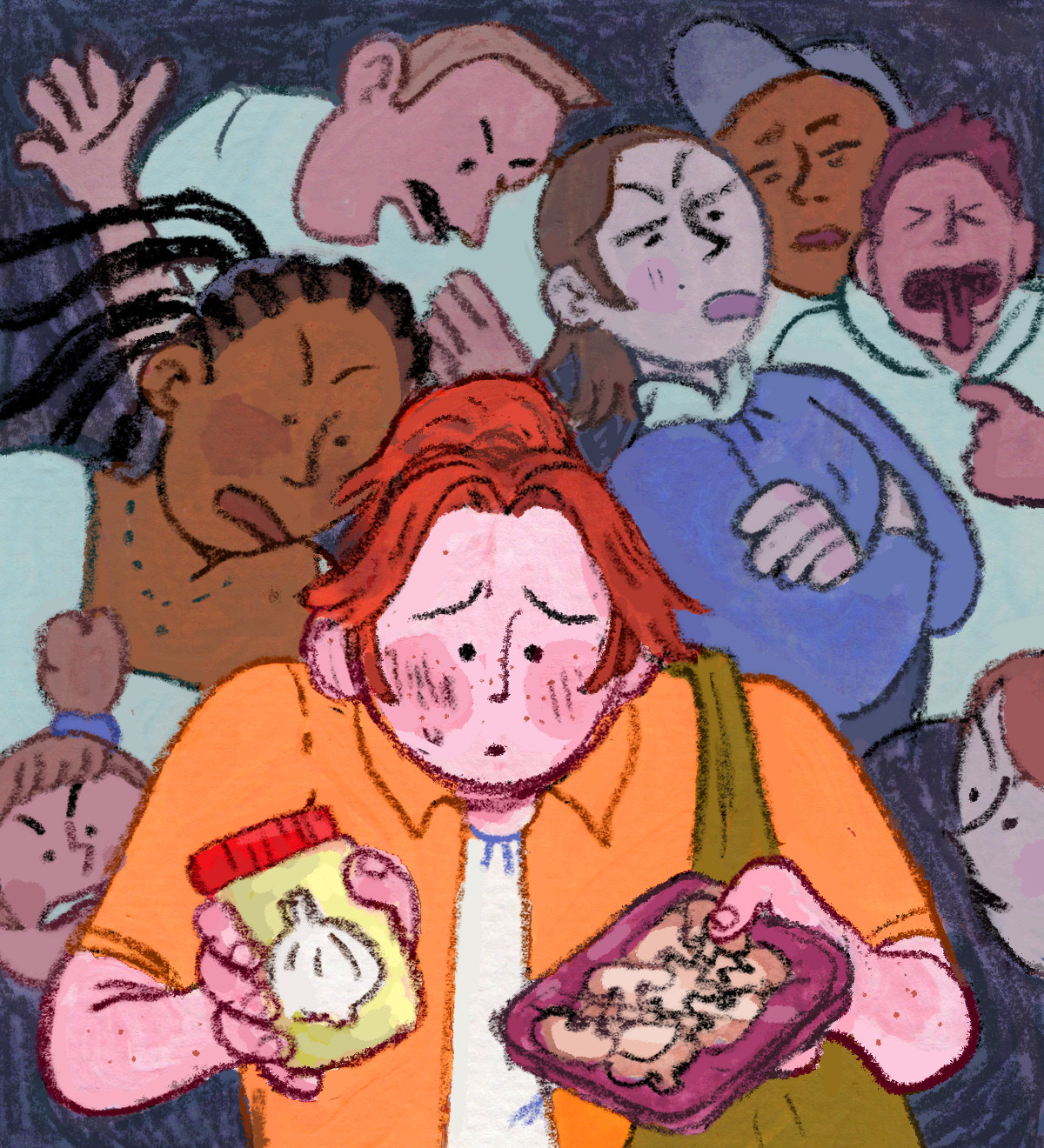 In Defence of Garlic in a Jar: How Food Snobs Almost Ruined My Love of Cooking

I was in my second year of university when I discovered the joy of making meals from scratch. My desire to cook was sparked, partly, by the sheer excitement of having access to a kitchen. After a year of mostly eating the same few vegetarian meals from a dorm cafeteria, the possibilities now felt endless. Between classes, I rushed home and delighted in the ritual of trying a new technique or recipe: the perfect temperature at which to roast cauliflower, how to fry tofu so the edges were just crispy enough, how to use up all those cans of chickpeas I bought on sale.

My curiosity was further bolstered by the fact that I was coming into young adulthood around the same time that YouTube cooking channels were becoming part of pop culture; this was 2017, when Bon Appétit had just launched its now-famous Gourmet Makes series, and shows like Binging with Babish were garnering millions of views. As a terminally online student, I spent far too much of my time watching their videos and experimenting with their recipes.

One afternoon, I was making a stir-fry in the small kitchen of a house where I lived. As vegetables sputtered in hot oil on the stove, I remember one of my roommates coming downstairs and poking her head into the kitchen.