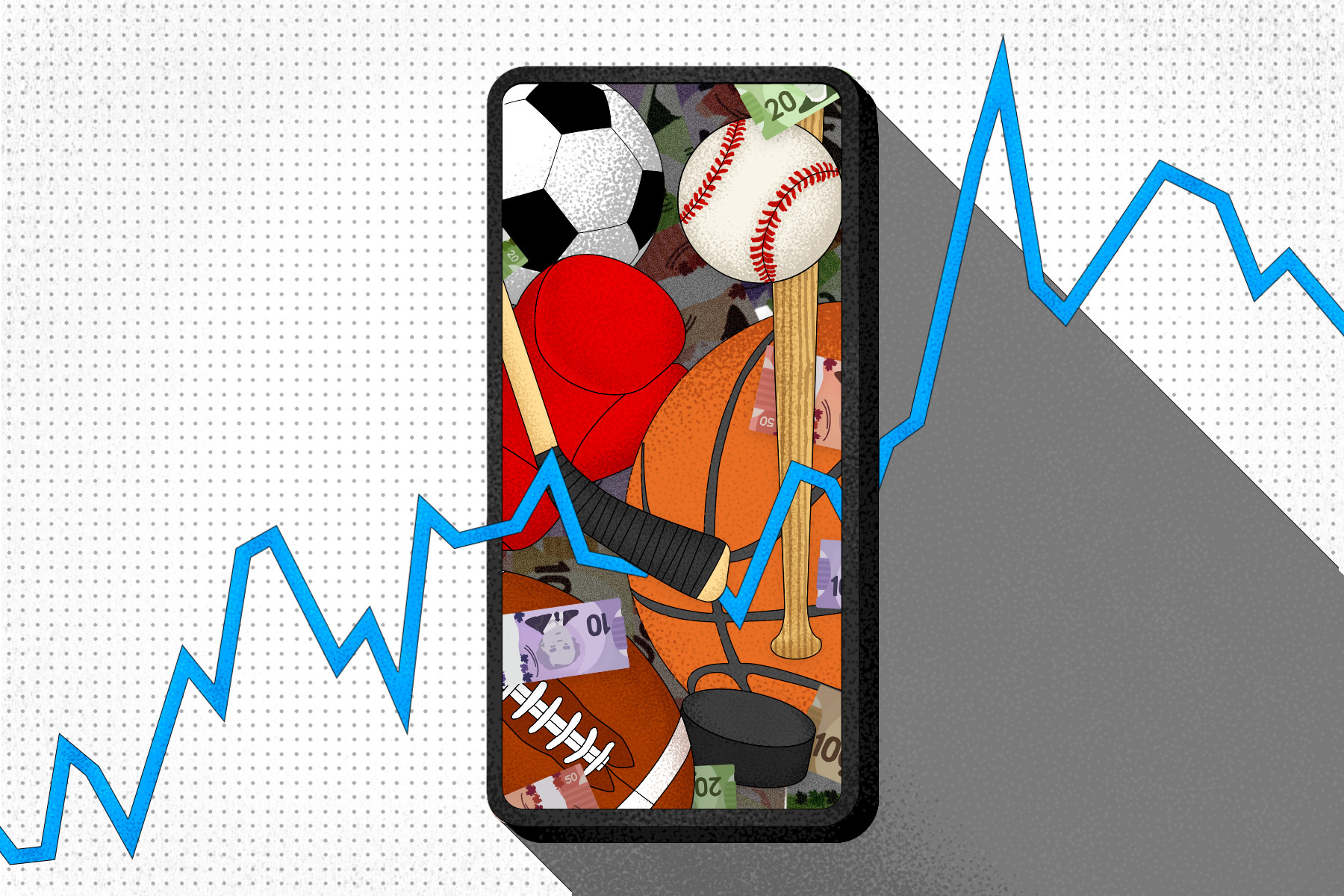 Who Loses as Online Betting Takes over Sports?

“W ith every tap, a new legend is born,” says a familiar voice as the bass booms and the Fountains of Bellagio in Las Vegas freeze over. A suited-up, turtlenecked Wayne Gretzky emerges. “A chance to grab destiny, defy the odds—and strike,” he says. The fountains freeze into the forms of enormous football players and dunking basketball players. It’s so Vegas. It could pass as a trailer for a reboot of The Terminator, but it’s actually part of a new TV blitz by sports-betting monolith BetMGM. The takeaway of the ad is clear: sports are fun—but winning money? That’s legendary.

Corny ads like this one are the tip of the iceberg in North America’s new obsession with sports betting. The rapper Drake is posting million-dollar bets on Instagram; influencers are losing thousands on livestreams; Edmonton Oiler Connor McDavid is endorsing BetMGM. Actor Jamie Foxx and athletes such as NFL running back Marshawn Lynch and retired NBA forward Kevin Garnett are also official BetMGM brand ambassadors. Fox Sports has its own betting platform, Fox Bet. Even Disney owns a stake in DraftKings, a sports-betting company, and may be looking to increase its market share. Media personalities and broadcasters are also getting in on the action. Jalen Rose of ESPN is partnered with BetMGM, and Charles Barkley at the cable network TNT is with FanDuel, a sports-betting app. ESPN, CBS, The Athletic, TSN, and others all have official betting partners.

Following in the footsteps of the US and UK, Canada is caught in a gambling gold rush that is penetrating every crack and corner of the sports world. It’s all thanks to recent legislation changes that legalized most forms of sports betting in Canada and created a competitive market for private gambling companies in Ontario. Spectators have been betting on the outcomes of sports for roughly as long as people have been competing in them. But, with the ease of technology and weak advertising laws, these new forms pose serious risks to problem gamblers, sports fans, and to the integrity of sport itself.