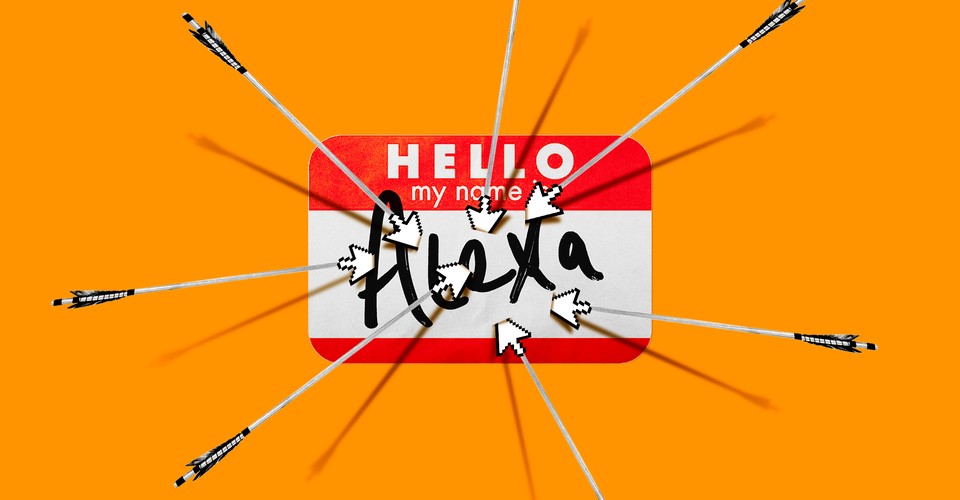 Seven years ago, Amazon released Alexa, its voice assistant, and as the number of devices answering to that name has skyrocketed, its popularity with American parents has plummeted. In fact, it has suffered one of the sharpest declines of any popular name in recent years. “Alexa stands alone as a name that was steadily popular—not a one-year celebrity wonder, not a fading past favorite—that was pushed off the popularity cliff,” Laura Wattenberg, the founder of the naming-trends website Namerology, told me.

At first, the number of baby Alexas spiked following the voice assistant’s rollout in late 2014—perhaps parents heard the name in the news and liked it—but it has since crashed. Likely, parents began to realize that having the name could be a nuisance, or worse, could become associated with subservience, because people are always giving orders to their virtual Alexas.

This up-and-down pattern reminded Wattenberg of what happens with babies named after hurricanes, when “the news coverage and attention causes the name to briefly shoot up, and then the aftermath, when the name is constantly referred to as a disaster, kind of kills it off.” Basically, Amazon’s impact on the name Alexa resembles that of a natural disaster. (When I reached out to the company, it didn’t comment on whether it had played a role in Alexa’s decline.)