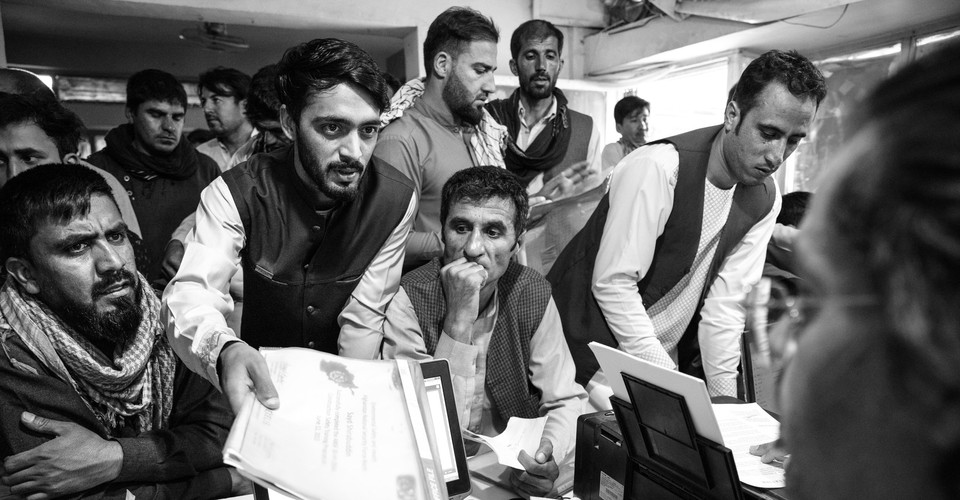 Biden’s Betrayal of Afghans Will Live in Infamy

Our abandonment of the Afghans who helped us, counted on us, and staked their lives on us is a final, gratuitous shame that we could have avoided.

About the author: George Packer is a staff writer at The Atlantic. He is the author of Last Best Hope: America in Crisis and Renewal, Our Man: Richard Holbrooke and the End of the American Century, The Unwinding: An Inner History of the New America, and The Assassins’ Gate: America in Iraq.

There’s plenty of blame to go around for the 20-year debacle in Afghanistan—enough to fill a library of books. Perhaps the effort to rebuild the country was doomed from the start. But our abandonment of the Afghans who helped us, counted on us, staked their lives on us, is a final, gratuitous shame that we could have avoided. The Biden administration failed to heed the warnings on Afghanistan, failed to act with urgency—and its failure has left tens of thousands of Afghans to a terrible fate. This betrayal will live in infamy. The burden of shame falls on President Joe Biden.

Khan, an Afghan interpreter I first wrote about in March, is on the verge of escaping from Afghanistan with his wife and small son. Three clocks are ticking. The first is his wife’s pregnancy. She’s at 34 weeks—two more weeks and she’ll no longer be allowed to board a flight out of Afghanistan. The second clock is the availability of a visa to the United States and an air ticket. After years of waiting, yesterday Khan finally received his Special Immigrant Visa as one among thousands of Afghans who worked for the U.S. military. By then, amid the general panic of Afghans trying to get out of the country, ticket prices to Europe and the U.S. had doubled, from $800 to $1,600, and seats were going fast. A travel agent told Khan that none were available until the end of August, but yesterday morning, Khan’s pro bono lawyer, Julie Kornfeld of the International Refugee Assistance Project, managed to book him seats on a Turkish Airlines flight on Tuesday.