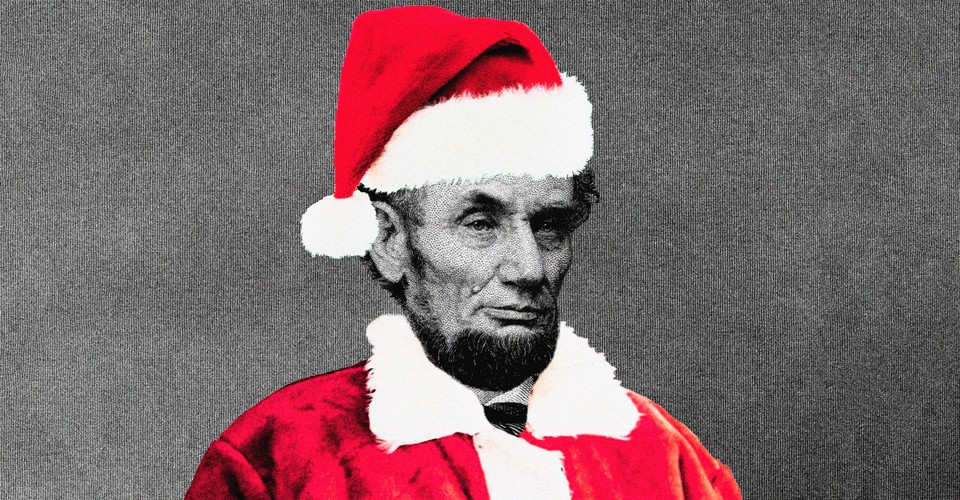 About the author: David S. Reynolds is a distinguished professor of English at the Graduate Center of the City University of New York. He has written or edited 16 books on American history and literature, including Abe: Abraham Lincoln in His Times.

Before the presidency of Abraham Lincoln, Christmas and Thanksgiving reflected an intense regional divide. Thanksgiving was historically associated with America’s so-called Puritan North and Christmas with the Cavalier South. Lincoln, who was rooted in early Puritan New England on his father’s side and the Cavalier Virginia planting class on his mother’s, combined a deep moral commitment to liberty with a firm sense of honor. He responded to the crisis of the Civil War by redefining Thanksgiving and Christmas as days celebrated not on the basis of sectional identities, but rather in the inclusive spirit of American democracy, which he called “the last best hope of earth.”

The farming and harvest festival eventually known as Thanksgiving had its roots in a celebration held by the Puritan Pilgrims of Plymouth Colony in the fall of 1621, nearly a year after the landing of the Mayflower. Thanksgiving was for more than two centuries a northern-state affair, celebrated annually at different times in the mid-to-late fall. In the early 1840s, Sarah Josepha Hale, the editor of the popular magazine Godey’s Lady’s Book, began using her columns to push for nationalizing Thanksgiving and celebrating it on the last Thursday in November. Her writing became more and more impassioned as she witnessed the widening rift over slavery. When division led to civil war, Hale wrote a letter to President Lincoln, emphasizing the urgency of making Thanksgiving “a National and fixed Union Festival” that would offer healing to a torn nation. She told him that by announcing “this union Thanksgiving,” the president could ensure that “the permanency and unity of our Great American Festival of Thanksgiving would be forever secured.”