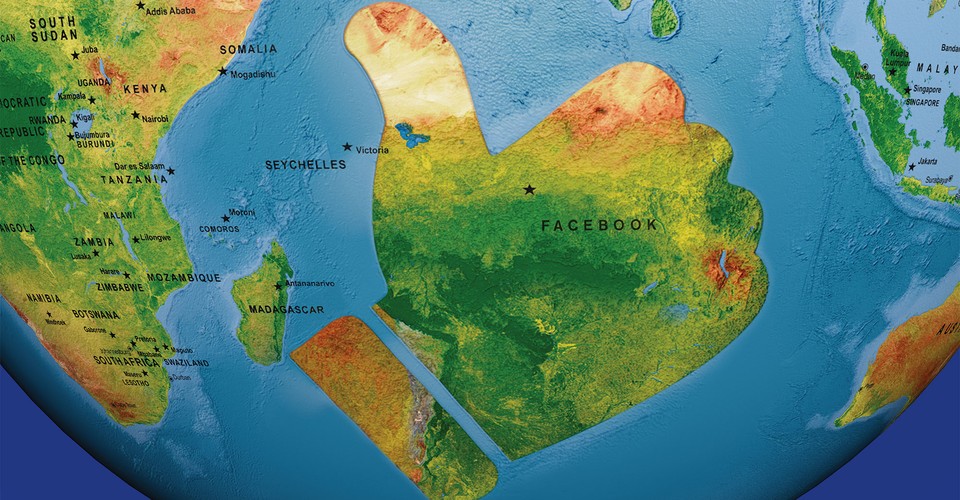 In 1947 , Albert Einstein, writing in this magazine, proposed the creation of a single world government to protect humanity from the threat of the atomic bomb. His utopian idea did not take hold, quite obviously, but today, another visionary is building the simulacrum of a cosmocracy.

Mark Zuckerberg, unlike Einstein, did not dream up Facebook out of a sense of moral duty, or a zeal for world peace. This summer, the population of Zuckerberg’s supranational regime reached 2.9 billion monthly active users, more humans than live in the world’s two most populous nations—China and India—combined.

To Zuckerberg, Facebook’s founder and CEO, they are citizens of Facebookland. Long ago he conspicuously started calling them “people” instead of “users,” but they are still cogs in an immense social matrix, fleshy morsels of data to satisfy the advertisers that poured $54 billion into Facebook in the first half of 2021 alone—a sum that surpasses the gross domestic products of most nations on Earth.

GDP makes for a telling comparison, not just because it gestures at Facebook’s extraordinary power, but because it helps us see Facebook for what it really is. Facebook is not merely a website, or a platform, or a publisher, or a social network, or an online directory, or a corporation, or a utility. It is all of these things. But Facebook is also, effectively, a hostile foreign power.