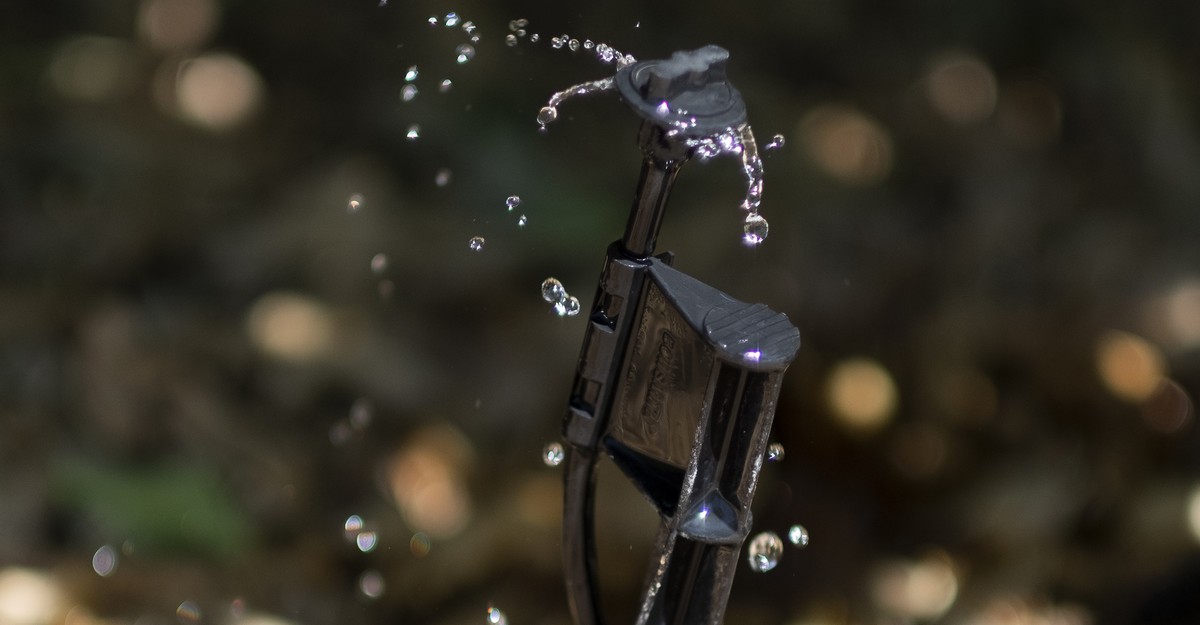 The Fight Over California’s Ancient Water

On an early-December morning in California’s Mojave Desert, the Geoscience Support Services geohydrologist Logan Wicks squats in the sand and fiddles with a broken white pipe. Here on a sandy road off Route 66, past miles of scrubby creosote and spiny mesquite, Wicks monitors the pumps and pipes of a promising desert extraction project.

But he’s not looking for oil or gas. Crouching under the shade of a 10-foot lemon tree, at the edge of a citrus orchard that spans hundreds of acres, Wicks is here for water.

A fine stream bursts from the plastic pipe, forming a rainbow-crested arc before hitting the hot sand. Wicks pushes his Oakley sunglasses on top of his head, rubs the short dark bristles on his upper lip, and smiles.

In fact, there might be as much as 34 million acre-feet, or enough to flood 34 million acres one foot deep. Wicks and his colleagues work on behalf of Cadiz, Inc., which has drilled 300 feet below the desert’s surface to reach the massive Fenner aquifer. Today, the nine water wells on Cadiz Ranch support a 3,500-acre oasis of lemons, hemp, and other crops. But the company’s ranch taps only a tiny fraction of the aquifer, which extends 700 square miles between two of California’s mountain ranges, the New York Mountains and the Old Woman Mountains.

If it seems improbable that so much water lies under the desert, it is. Just 20 miles from Cadiz Ranch, the ghost town of Bagdad still holds the record for the driest spell in American history: Between 1912 and 1914, this town went 767 consecutive days without rain. The wetter climate that filled the Fenner aquifer ended about 10,000 years ago.