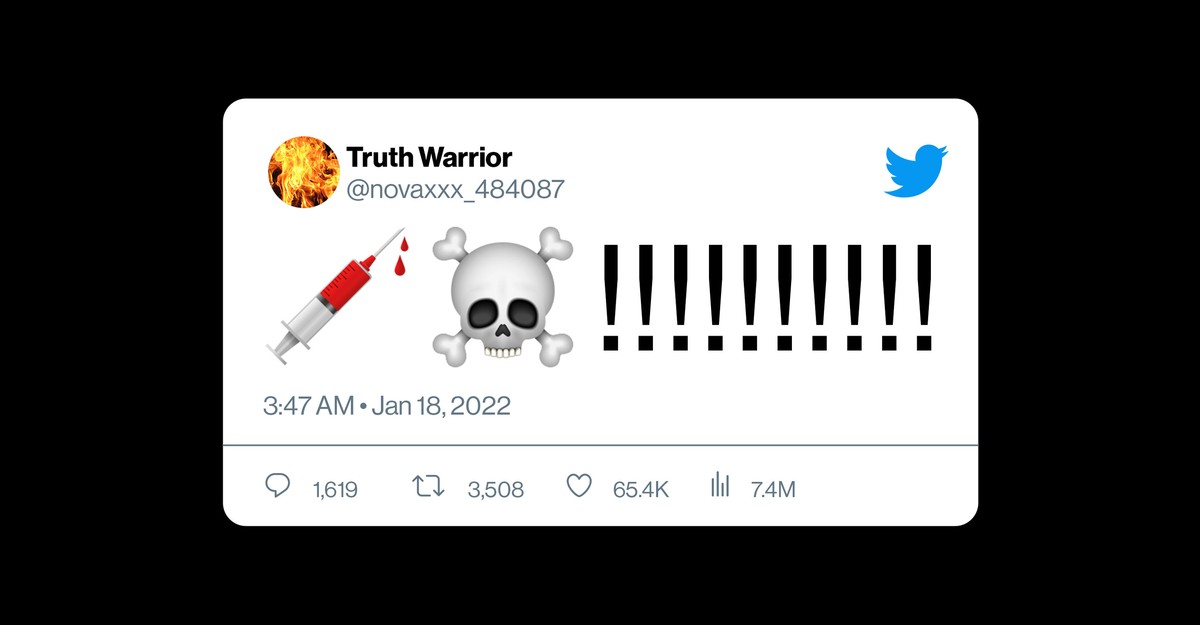 Lisa Marie Presley died unexpectedly earlier this month, and within hours, lacking any evidence, Twitter users were suggesting that her death had been caused by the COVID-19 vaccine.

The Twitter account @DiedSuddenly_, which has about 250,000 followers, also started tweeting about it immediately, using the hashtag #DiedSuddenly. Over the past several months, news stories about any kind of sudden death or grave injury—including the death of the sports journalist Grant Wahl and the sudden collapse of the Buffalo Bills safety Damar Hamlin—have been met with a similar reaction from anti-vaccine activists. Though most of the incidents had obvious explanations and almost certainly no connection to the vaccine, which has an extremely remote risk of causing heart inflammation—much smaller than the risk from COVID-19 itself—the idea that the shots are causing mass death has been boosted by right-wing media figures and a handful of well-known professional athletes.

They are supported by a recent video, Died Suddenly, that bills itself as “the documentary film of a generation.” The hour-long movie has spread unchecked on Rumble, a moderation-averse video-streaming platform, and Twitter, which abandoned its COVID-misinformation policy two days after the film premiered in November. It puts forth the familiar conspiracy theory that the vaccines were engineered as a form of population control, illustrated by stomach-turning footage of funeral directors and embalmers removing “white fibrous clots” that “look like calamari” from the corpses of people who have purportedly been vaccinated against COVID-19. (There are also some clips of Lee Harvey Oswald and the moon landing, for unclear reasons.)