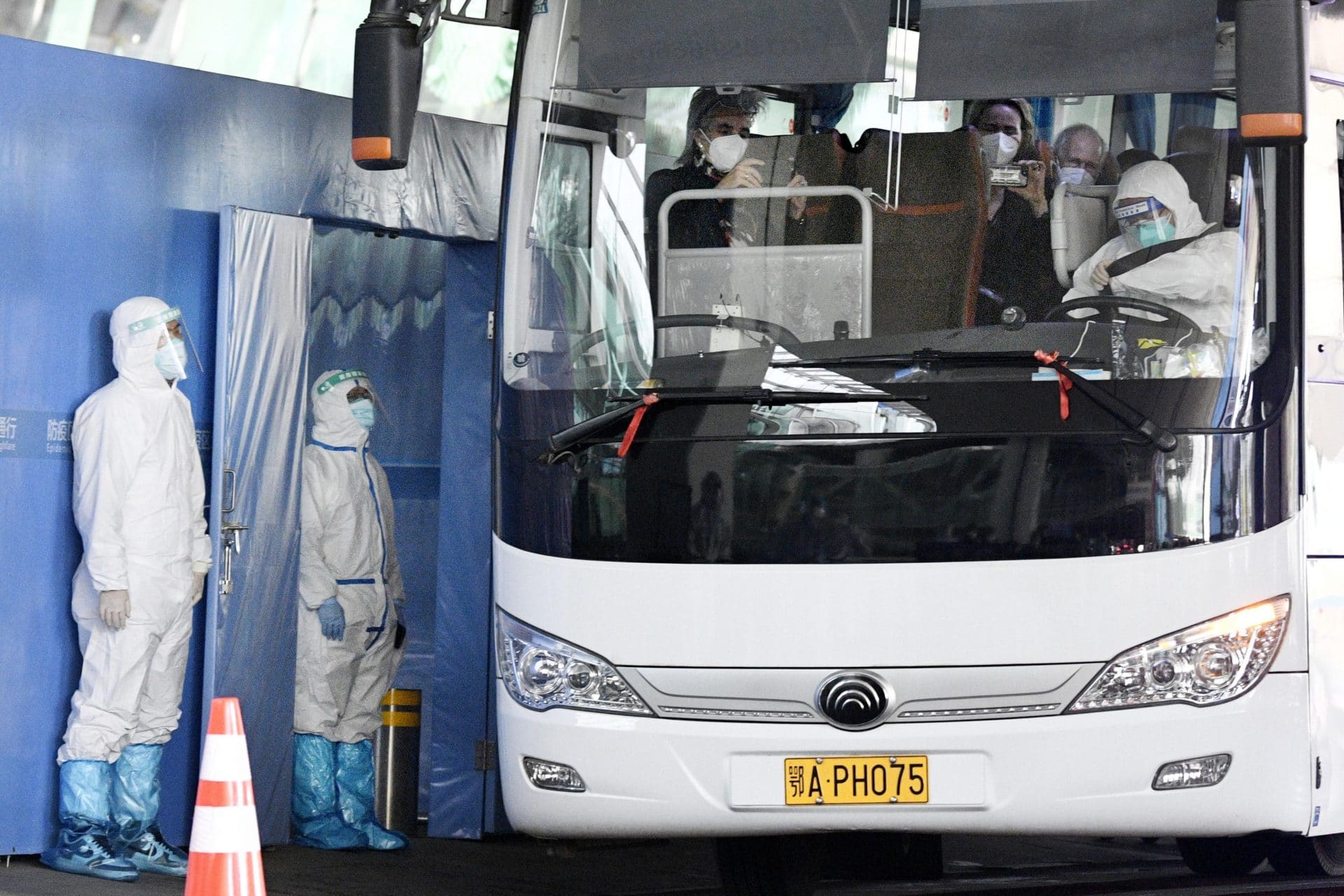 How COVID-19’s origins were obscured, by the East and the West

A bus carrying a team of experts from the World Health Organization departs an airport in Wuhan on Jan. 14, 2021, after arriving in the Chinese city to investigate the origins of the coronavirus pandemic. That investigation is widely seen as having been obstructed by Chinese authorities. (Photo by Kyodo News via Getty Images)

Some 20 months after the Covid-19 pandemic first broke out, its origins remain obscure. A vigorous campaign of concealment by the Chinese authorities is the principal reason. But China received considerable help, strange to say, from senior medical research officials in the United Kingdom and United States who mishandled and effectively derailed the initial inquiry into the virus’s origins.

The mishandling began at a pivotal teleconference held on February 1, 2020. The organizer was Jeremy Farrar, director of the Wellcome Trust, a large medical research charity in London. News of the conference emerged with the release this June of emails from the office of Anthony Fauci, director of the National Institute of Allergy and Infectious Diseases (NIAID).  Farrar supplied further information in his book Spike, published on July 22.

The conference was held to discuss the unanimous view of a group of virologists that the SARS2 virus had been manipulated in a lab. Yet within a few days of the meeting, the virologists abruptly reversed their conclusion. The meeting’s participants were later involved in two letters to scientific journals that stated the virus must have emerged naturally and that condemned any suggestion of manipulation as a conspiracy theory. These two letters, to The Lancet and Nature Medicine, shaped the views of the mainstream media for more than a year.