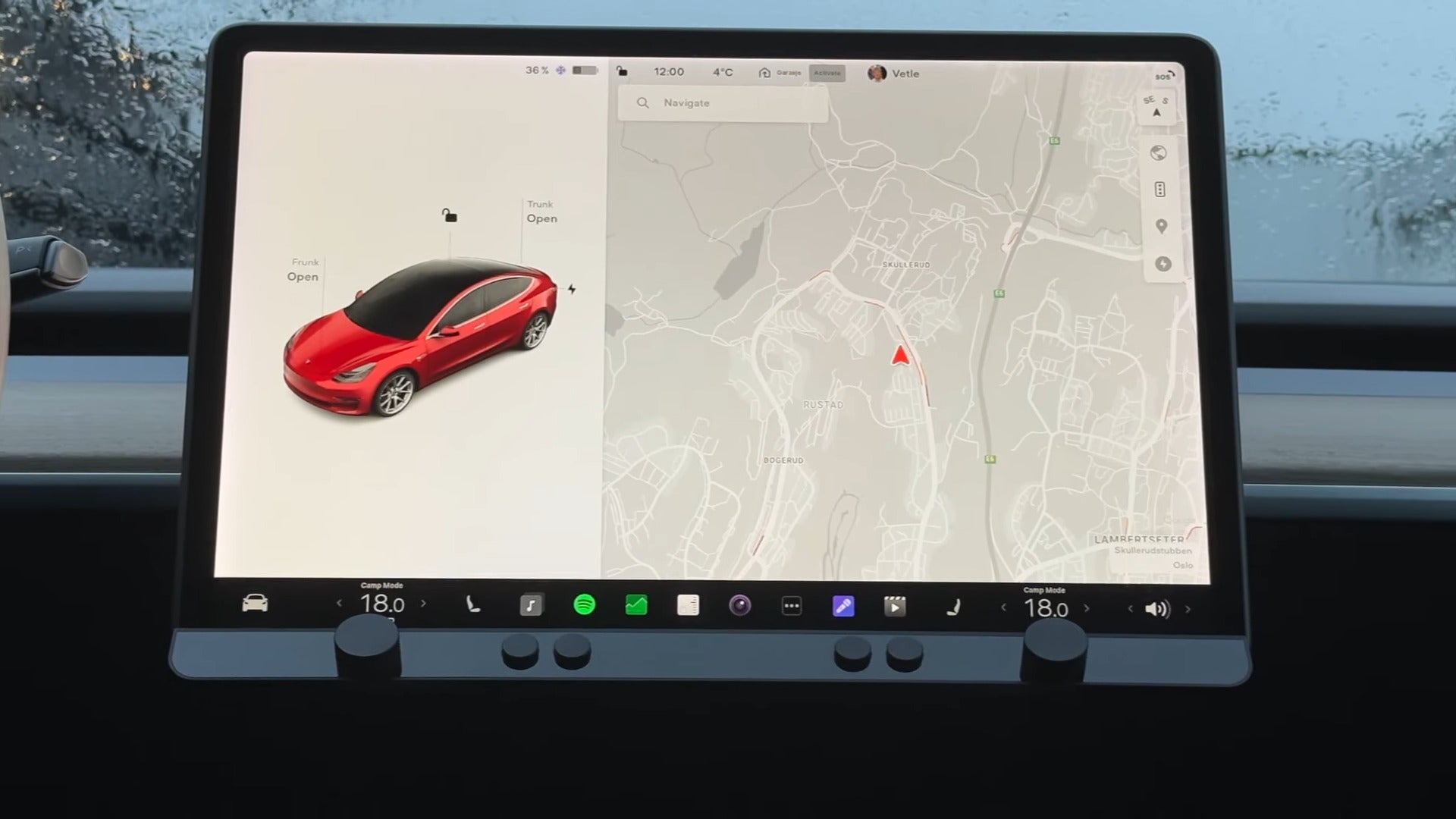 The Tesla Model 3 and Y famously rely on touchscreen controls, but a new aftermarket kit is aiming to bring real buttons and knobs to the popular EVs.

As reported by InsideEVs, the Ctrl-Bar accessory from Greenmission sits neatly beneath the Model 3's screen. It features two dials and four buttons that can be used to control varous features on the Model 3. It also features an RGB LED lighting system that illuminates the center console below.

A wide variety of features can be controlled with the hardware. The buttons can be configured to turn on seat heaters, open the trunk or chargeport, or to enable dog mode, among other things. The knobs are setup to control the HVAC temperature setting for the driver and passenger. An extra subscrpition feature will also be available in which the Ctrl-Bar is configured to provide drivers with an audible warning of upcoming speed traps.

The Ctrl-Bar itself is powered via a hidden cable, which connects to one of the USB ports in rear center console. The Ctrl-Bar doesn't send commands to the vehicle directly. It instead connects via Bluetooth to the driver's smartphone, which must be running the Tesla app. Pressing buttons and turning dials on the Ctrl-Bar sends commands to the Tesla app, which then controls the various features on the car.