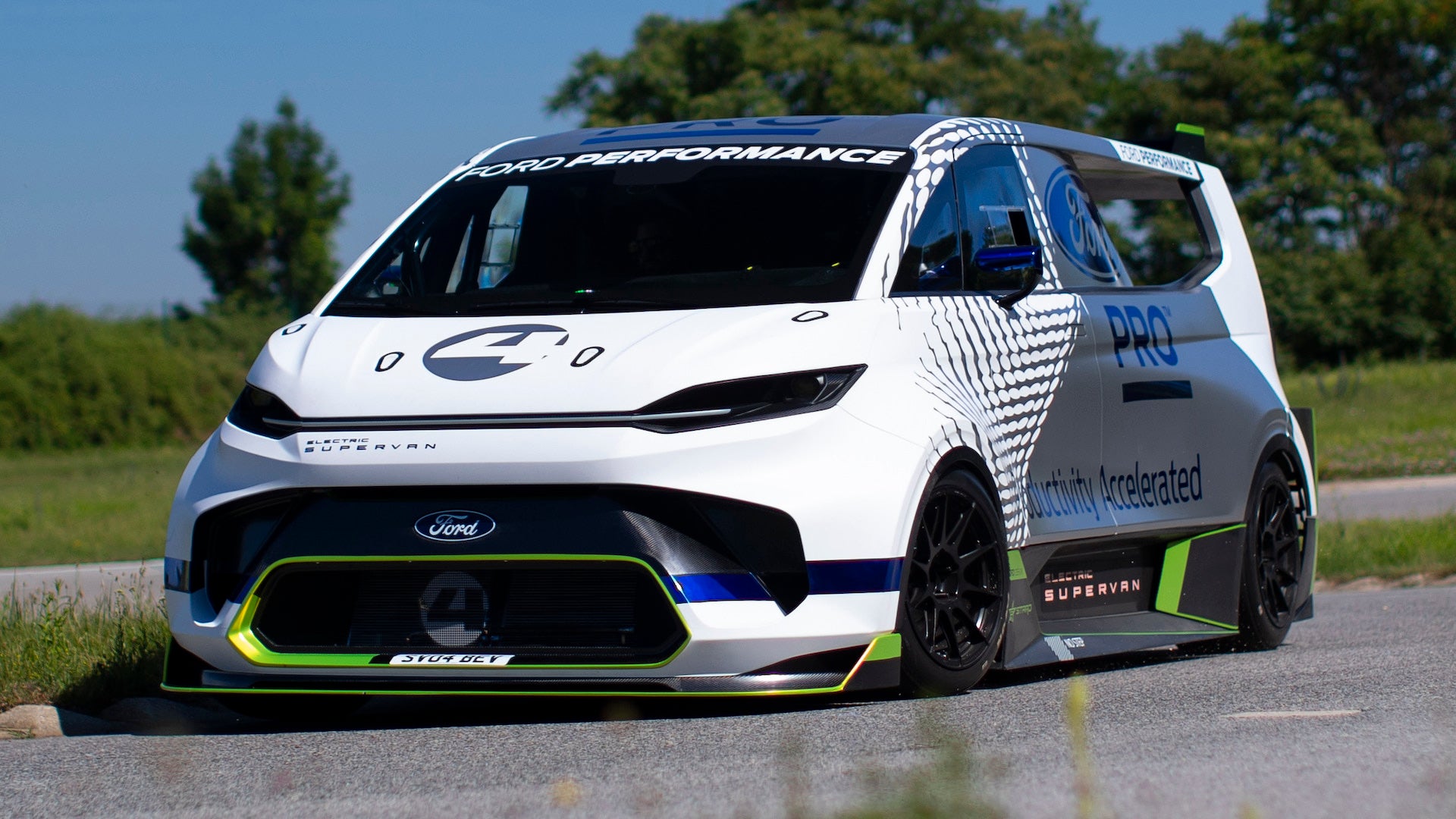 Ford pulled the sheets off its newest creation Thursday morning, the absolutely ridiculous SuperVan, or as it calls it, the "Ford Pro Electric SuperVan." Built to look sort of like an E-Transit Custom with wild aero, the one-off creation is the newest member of the Ford SuperVan family and will make its public debut at the 2022 Goodwood Festival of Speed this weekend.

Back in 1971, the very first Ford SuperVan was powered by a mid-mounted, 302 small-block Ford V8 engine taken out of a Ford GT40 Le Mans racer. Having to live up to such wild expectations drove Ford's engineering team to push the envelope, and hoh boy! Mounted on the purpose-built, track-ready chassis are four electric motors—one at each corner—fed by a 50-kilowatt-hour, liquid-cooled battery encased in a high-safety carbon packaging. Driving all four wheels is a two-speed transfer case, with first gear designed specifically for ultra-quick launches in "Drag Mode," while second gear can be used when racing around a circuit or when trying to reach the van's top speed of 186 miles per hour (300 kph).

Now, onto the even juicier bits. Total horsepower output is claimed to be 2,000 PS, or right around 1,973 horsepower. As far as acceleration goes, Ford claims the futuristic van can go from zero to 60 mph in under two seconds.