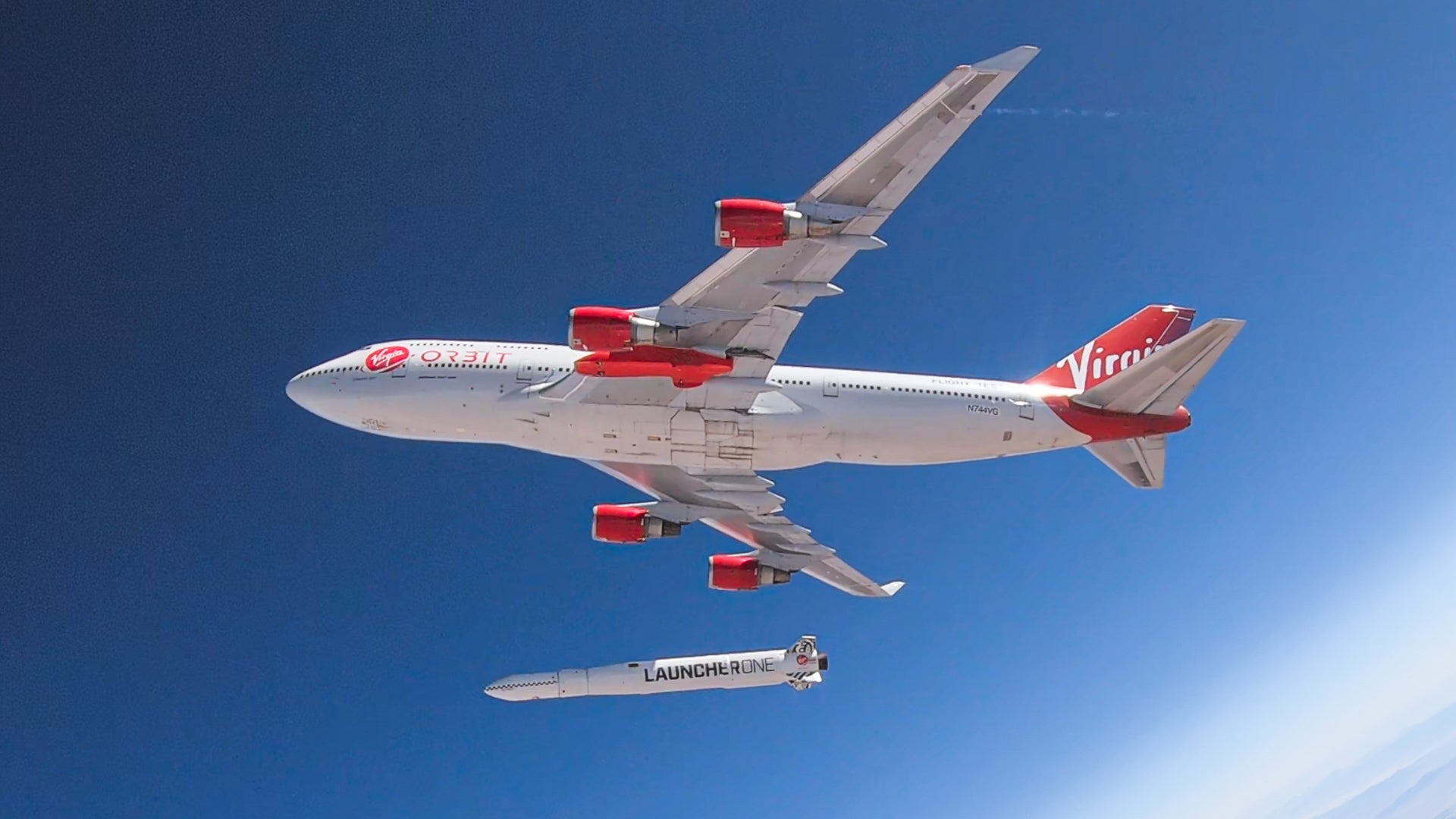 Virgin Orbit Is Building a Fleet of Rocket-Launching Boeing 747s

Aerospace, as an industry, is composed of both atmosphere-going planes and orbit-bound rockets, which thanks to the principles of flight have more overlap than most would expect. The two disciplines rarely gets this blurred, however, as Virgin Orbit has announced it's building a fleet of Boeing 747s with rocket-carrying pods to get small satellites to orbit. The company previously had one 747-400 (known as Cosmic Girl) that has flown four missions, but the decision to customize more airframes was driven by a need to launch even more satellites, according to CNBC.

The Virgin Orbit launch planes solve a variety of problems that plague the space industry: spaceports are uncommon, expensive, and require massive amounts of infrastructure. Working from a single fixed location for launch can make getting a satellite to a certain orbital inclination very difficult, and launches can easily be delayed by bad weather. On top of all of this, they can be easily observed by anyone with access to a terrestrial-aimed photographic satellite, which is a problem for sensitive launches undertaken by spy agencies.

Virgin bypasses all of these issues by strapping a two-stage rocket to the wing of a 747 and launching the rocket off the plane itself mid-flight at around 35,000 feet, well above the clouds, and from nearly anywhere on Earth. In an interview with CNBC, Virgin Orbit CEO Dan Hart said it best: “The ability to deploy two rockets and all the ground equipment in one airplane, fly somewhere, set it up, and all of a sudden you’ve got a launch base somewhere is pretty unique... it adds a certain level of unpredictability for the national security community [and] it’s better economics for spaceports.”