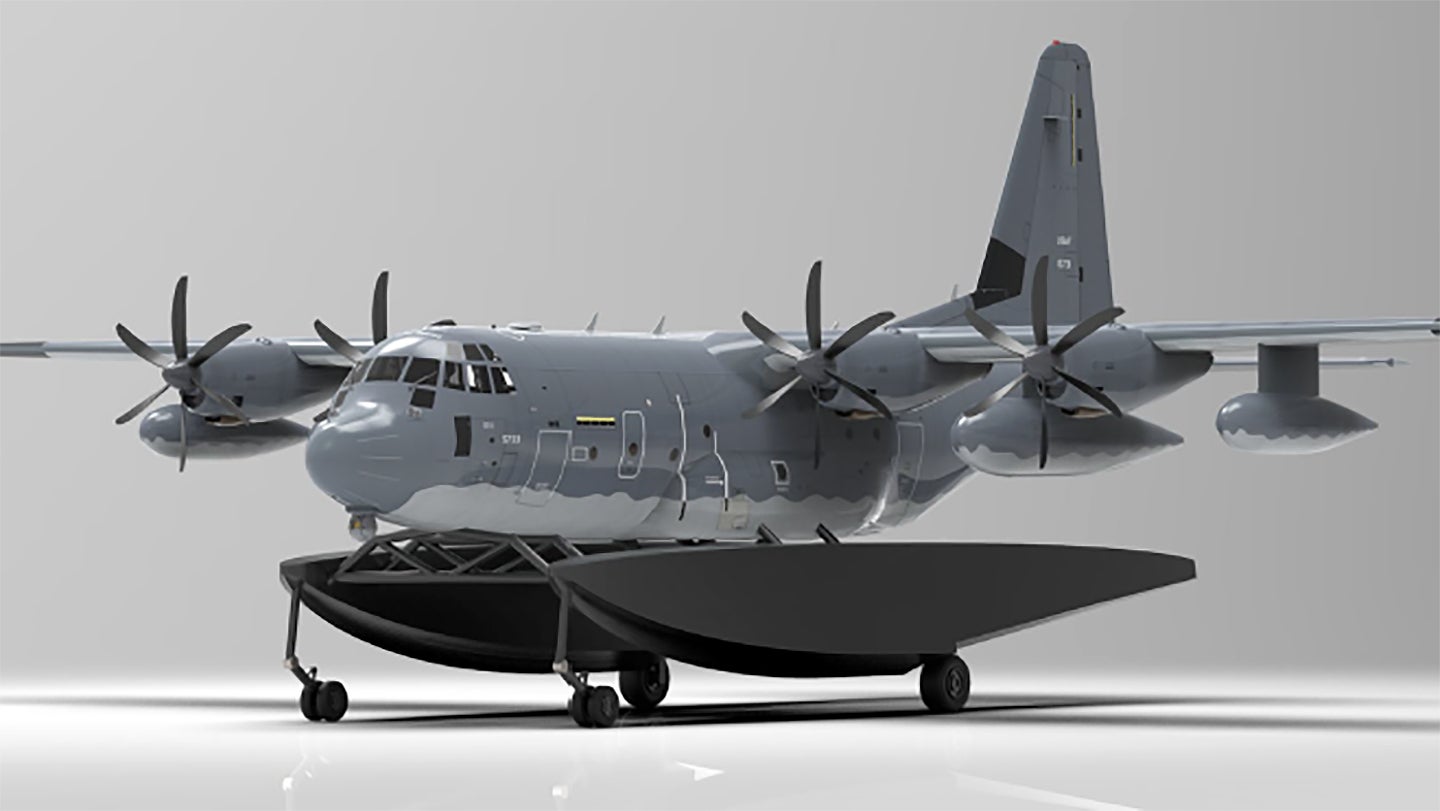 It Looks Like A C-130 Seaplane Is Finally Happening

Back in May, we reported on the fact that U.S. Air Force Special Operations Command (AFSOC) really wanted to make the long-standing dream of a C-130 seaplane a reality. In fact, the so-called MC-130J Amphibious Capability, or MAC, was listed as one of its new procurement priorities. While we had a grainy little rendering of what this could look like when we filed that report, as well as other historical design concepts, we now have a far better look at exactly what they want, and yes, it is a C-130 on floats.

Actually, they have put forward a number of similar floatplane concepts, some more traditional looking while others are more streamlined, conformal, and futuristic looking. The capability appears to include the requirement for amphibious operations. In other words, the MC-130 can still land on a runway with the floats fitted. You can see the renderings AFSOC has posted throughout this article.

Air Force Special Operations Command stated the following, which is pretty much what we summed up in May, in an official release dated September 14th, 2021: