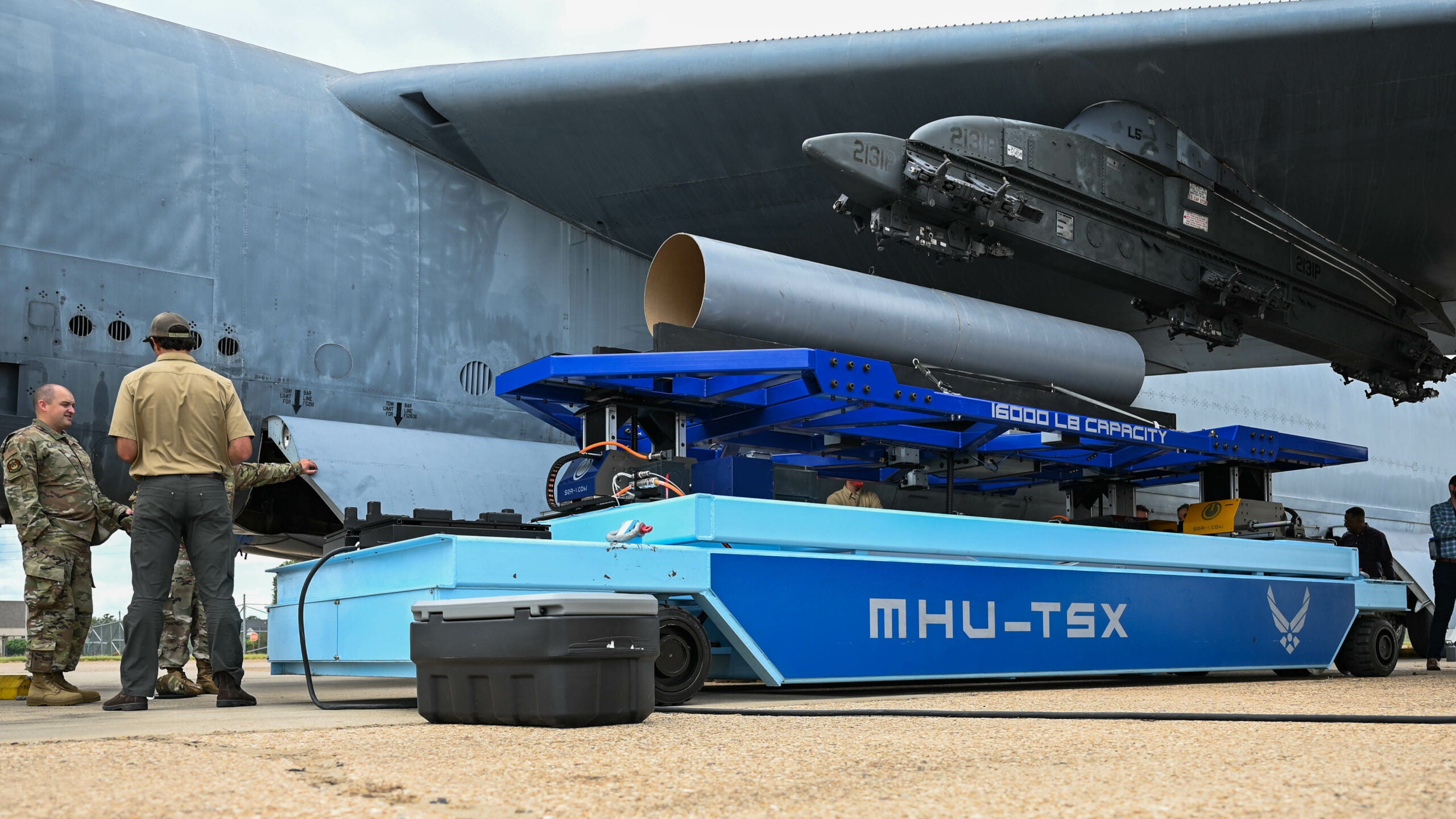 Picture the scene, a decade or so in the future. A close ally of the United States in the Asia-Pacific region has come under attack from a regional power, and the U.S. Air Force has deployed bombers to the area. These aircraft are stationed at established airfields but without the major infrastructure to support large-scale bomber operations, to reduce the chances of having these assets knocked out on the ground.

After their arrival in theater, the bombers need arming, but with reduced ground crew and equipment on hand, it’s not going to be easy to rapidly load the aircraft with the huge hypersonic weapons that might have to be employed in retaliation. Enter the MHU-TSX, a robotic loading system that does that job more quickly, and almost autonomously, hauling these big weapons around and loading them on aircraft even at the kinds of austere airfields from which the Air Force is likely to fight future campaigns against peer or near-peer adversaries.

Airmen from the 912th Aircraft Maintenance Squadron secure an AGM-183A Air-launched Rapid Response Weapon test round under the wing of a B-52H Stratofortress at Edwards Air Force Base, California.