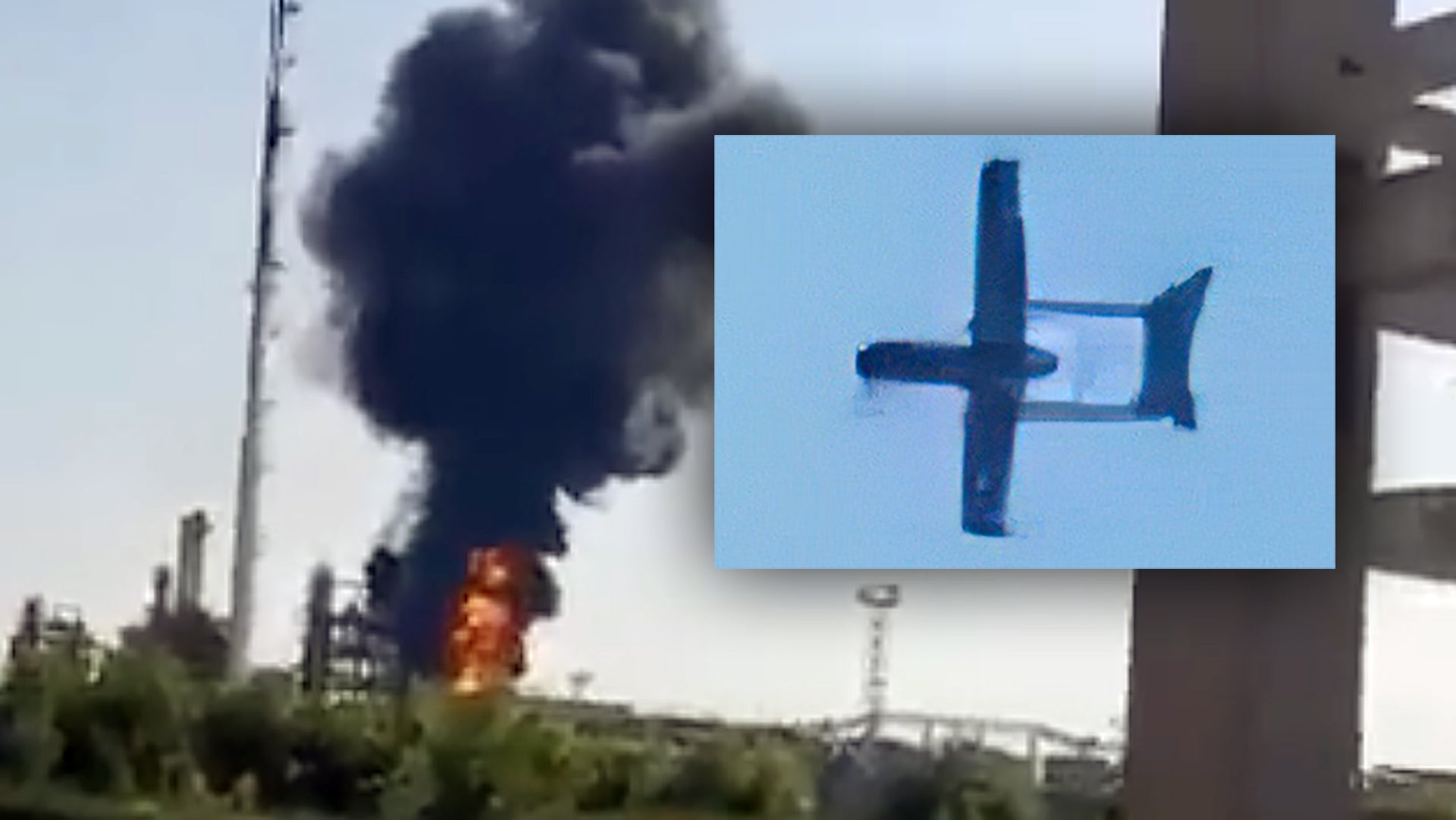 Video has emerged showing a twin-boom tail configured drone crashing into a Russian oil refinery in Novoshakhtinsk, in the Rostov region, on the border with Ukraine, this morning. There is already much speculation that the incident was some kind of ‘kamikaze’ drone strike conducted by the Ukrainian Armed Forces. While the identity of the mysterious drone is yet to be established, initial analysis suggests it may have been an adapted, commercially available product that is available on the Chinese marketplace website Alibaba.

Footage of the incident apparently first appeared on the Telegram messaging service this morning before being distributed more widely across other social media channels. Filmed from nearby, the video clearly shows a twin-boom tail, pusher propeller-driven drone flying toward the refinery before making a steep dive and crashing into it, quickly resulting in a blaze.

Audio from the same sequence includes a discussion between men on the ground one of whom asks if the drone might be Ukrainian. Following the explosion, another voice can be heard over a radio transmitter saying, “The refinery has been hit. A drone dived and hit the target.”