Whatever the immediate cause, the reason for the deadly explosion in Beirut is criminal neglect and a rotten system built and maintained by the country’s political elite.

The massive explosion that devastated Beirut has understandably generated wild speculation, both within Lebanon and beyond, as to its causes and potential consequences. While this is understandable given the complex political dynamics at play in the country, the speed at which some theories spread, even as they were contradicted by the emergent facts, seems to be, like so much else in the country, driven by partisan political agendas.

Immediate suspicion fell on an Israeli strike against Hezbollah assets, understandable given the recent rise in tensions along the southern border and the omnipresent ‘risk’ of another Israel-Hezbollah war.

Both Israel and Hezbollah were quick to deny any involvement in the matter, with Israeli ministers even obscenely offering to send aid to a country they have repeatedly threatened to bomb into the stone age. 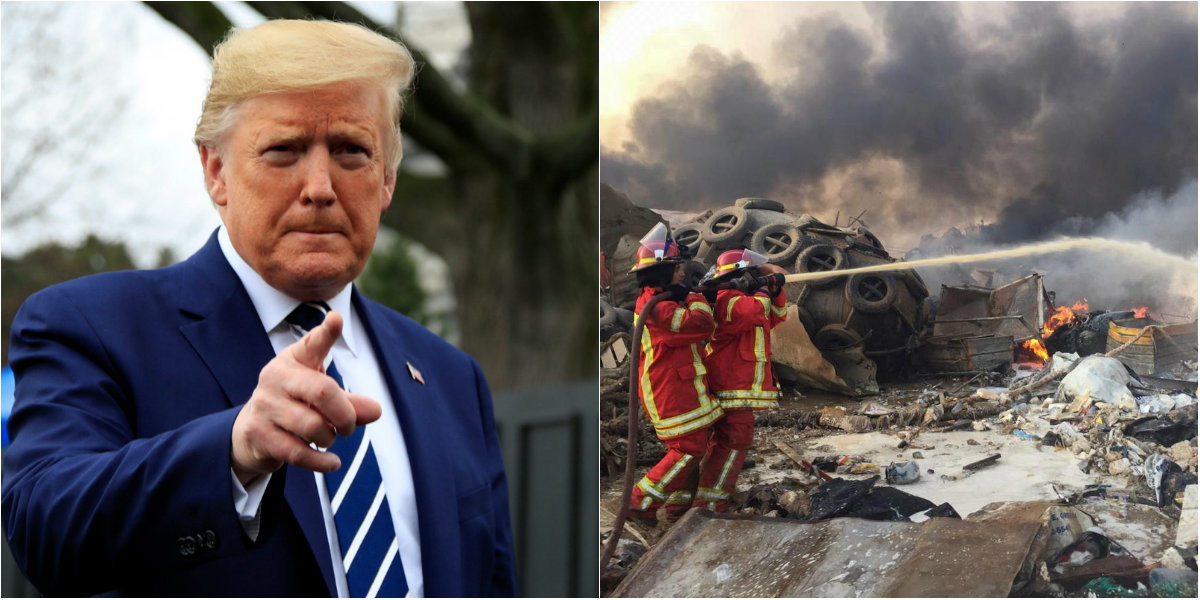 2750 tons of ammonium nitrate stored in the Beirut warehouse exploded. Trump thinks it wasn't all accidental

Impact Of COVID 19 ON Indian Economy