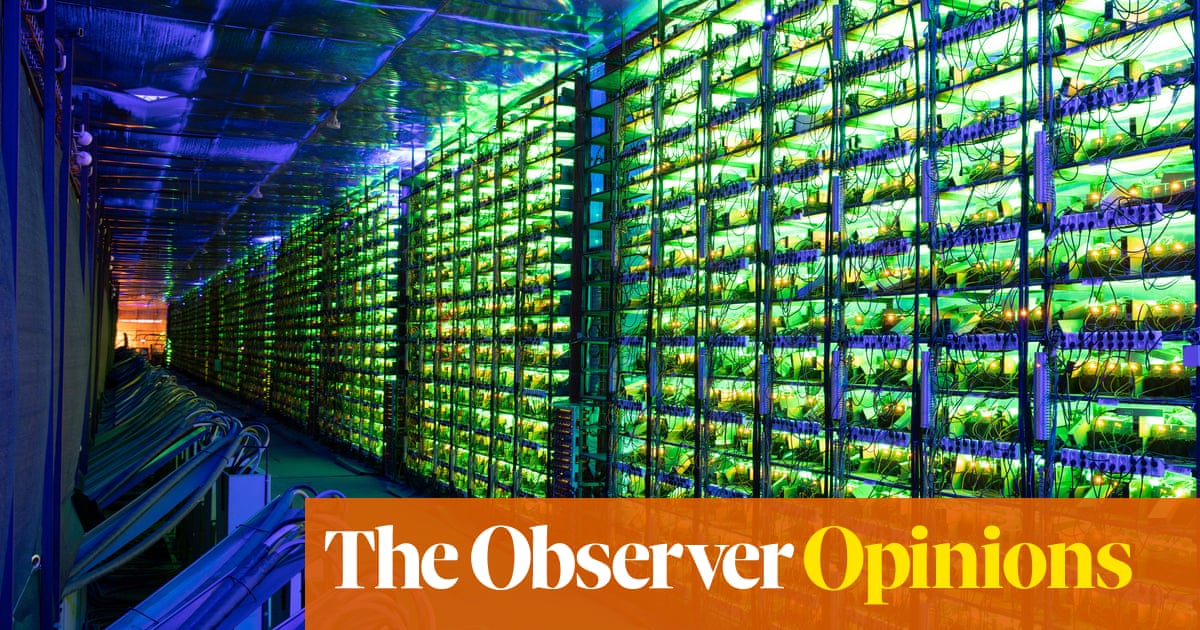 Will blockchain fulfil its democratic promise or will it become a tool of big tech?

W hen the cryptocurrency bitcoin first made its appearance in 2009, an interesting divergence of opinions about it rapidly emerged. Journalists tended to regard it as some kind of incomprehensible money-laundering scam, while computer scientists, who were largely agnostic about bitcoin’s prospects, nevertheless thought that the distributed-ledger technology (the so-called blockchain) that underpinned the currency was a Big Idea that could have far-reaching consequences.

In this conviction they were joined by legions of techno-libertarians who viewed the technology as a way of enabling economic life without the oppressive oversight of central banks and other regulatory institutions. Blockchain technology had the potential to change the way we buy and sell, interact with government and verify the authenticity of everything from property titles to organic vegetables. It combined, burbled that well-known revolutionary body Goldman Sachs, “the openness of the internet with the security of cryptography to give everyone a faster, safer way to verify key information and establish trust”. Verily, cryptography would set us free.

At its core, a blockchain is just a ledger – a record of time-stamped transactions. These transactions can be any movement of money, goods or secure data – a purchase at a store, for example, the title to a piece of property, the assignment of an NHS number or a vaccination status, you name it. In the offline world, transactions are verified by some central third party – a government agency, a bank or Visa, say. But a blockchain is a distributed (ie, decentralised) ledger where verification (and therefore trustworthiness) comes not from a central authority but from a consensus of many users of the blockchain that a particular transaction is valid. Verified transactions are gathered into “blocks”, which are then “chained” together using heavy-duty cryptography so that, in principle, any attempt retrospectively to alter the details of a transaction would be visible. And oppressive, rent-seeking authorities such as Visa and Mastercard (or, for that matter, Stripe) are nowhere in the chain.