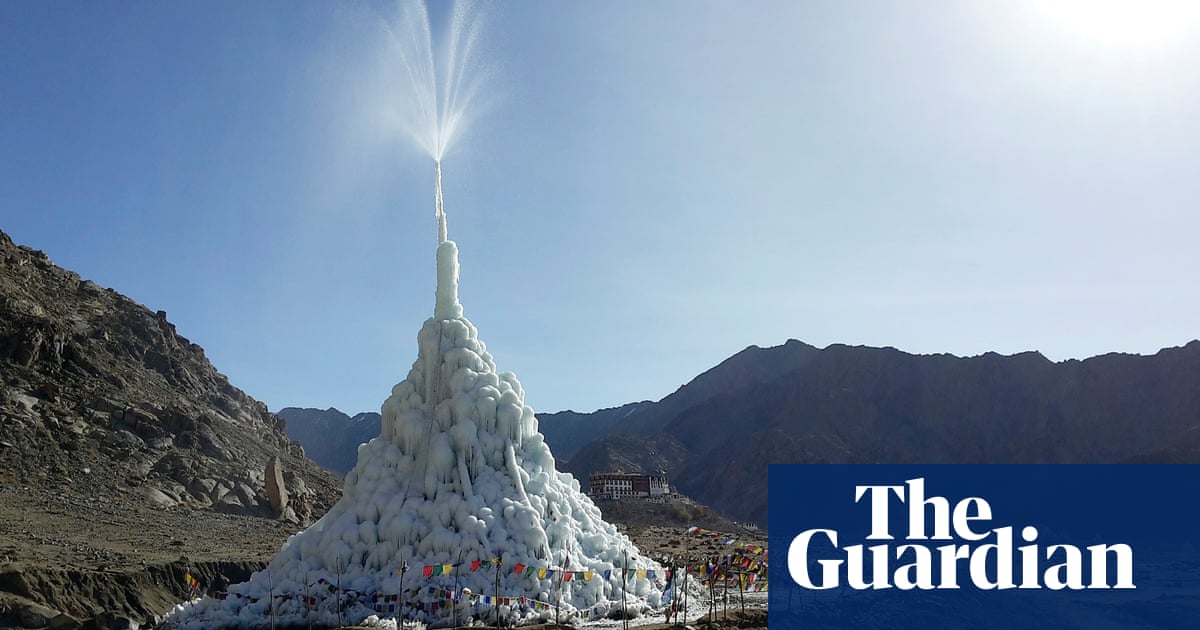 The ice stupas of Ladakh: solving water crisis in the high desert of Himalaya

An ingenious idea to build artificial glaciers at lower altitudes using pipes, gravity and night temperatures could transform an arid landscape into an oasis

The engineer from Ladakh, in the Jammu region of north India, was already a famous problem solver: a Bollywood film loosely based on his life had grossed a billion rupees in its first four days.

But addressing the water shortages that threatened life in his mountainous home had started to feel like an intractable problem until he saw the chunk of ice: still hanging, improbably, beneath the bridge, long after the shards around it had melted.

In that moment, he says, “I understood that it was not the warmth of the sun that was melting the ice on the ground. It was direct sunlight.”

What Wangchuck saw reflected in the ice that day was realised four years ago, when he unveiled his first “ice stupa”, an artificial glacier that towered surreally over the otherwise arid landscape, and for which in December he received a prestigious £80,000 innovation prize.