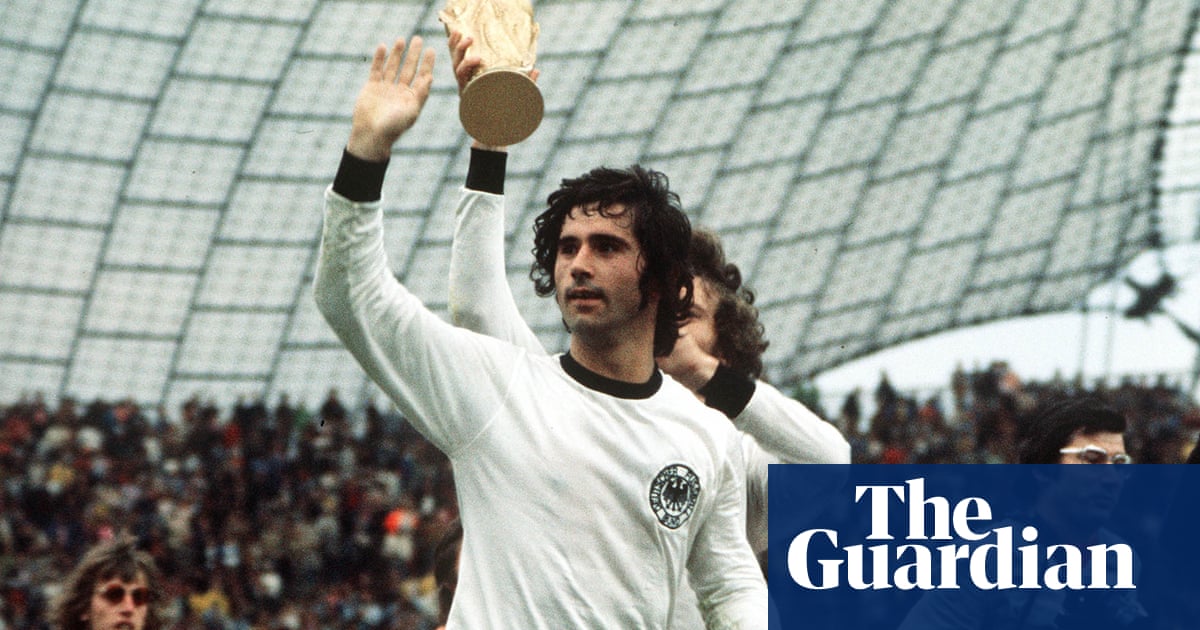 Legendary German striker Gerd Müller has died aged 75. The forward scored 68 goals in 62 appearances for West Germany, including the winning goal in the 1974 World Cup final against Holland.

Bayern president Herbert Hainer said in statement: “Today is a sad, dark day for FC Bayern and all its fans. Gerd Müller was the greatest striker there’s ever been, and a fine person and character of world football. We’re all united in deep mourning with his wife Uschi as well as his family. FC Bayern wouldn’t be the club we all love today without Gerd Müller. His name and memory will live on forever.”

Müller began his career at TSV Nördlingen, scoring well over a goal a game in Germany’s lower divisions before joining Bayern in 1964, when the club was in the second tier. Thirty-three league goals in his first season helped restore the club to the Bundesliga, and within four years Bayern were German champions, a title they won four times in five years. More impressive still was their stretch of three European Cup wins in a row, from 1974-76, to which Müller contributed 18 goals including three in two finals.

In his 15 years at Bayern, Muller was the Bundesliga’s top scorer seven times, the German football of the year twice and the recipient of the Ballon d’Or once, in 1970. He left in 1979 to follow the likes of Pelé and George Best to the North American Soccer League, where he played three seasons for Fort Lauderdale Strikers, before returning to Bayern as a coach. He remains the Bundesliga’s all-time top scorer.