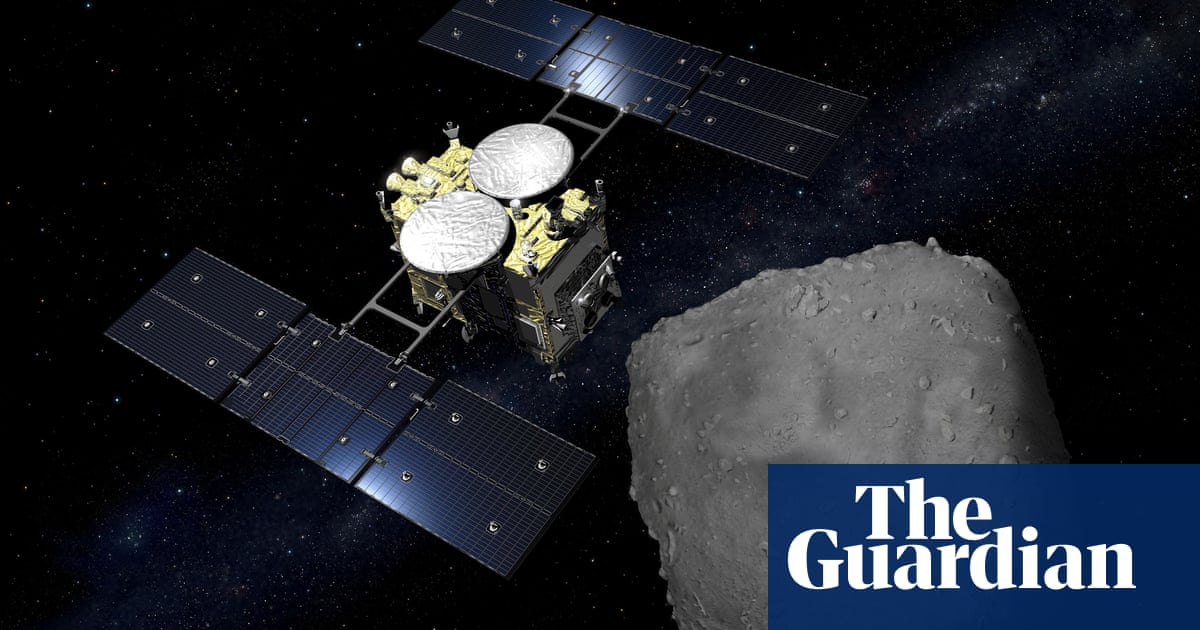 Specks of dust that a Japanese space probe retrieved from an asteroid about 186 million miles (300m kilometres) from Earth have revealed a surprising component: a drop of water.

The findings are in the latest research to be published from analysis of 5.4 grammes of stones and dust that the Hayabusa-2 probe gathered from the asteroid Ryugu.

“This drop of water has great meaning,” the lead scientist, Tomoki Nakamura of Tohoku University, told reporters before publication of the research in the journal Science on Friday.

“Many researchers believe that water was brought [from outer space], but we actually discovered water in Ryugu, an asteroid near Earth, for the first time.”

Hayabusa-2 was launched in 2014 on its mission to Ryugu, and returned to Earth’s orbit two years ago to drop off a capsule containing the sample.

The precious cargo has already yielded several insights, including organic material that showed some of the building blocks of life on Earth, amino acids, may have been formed in space.