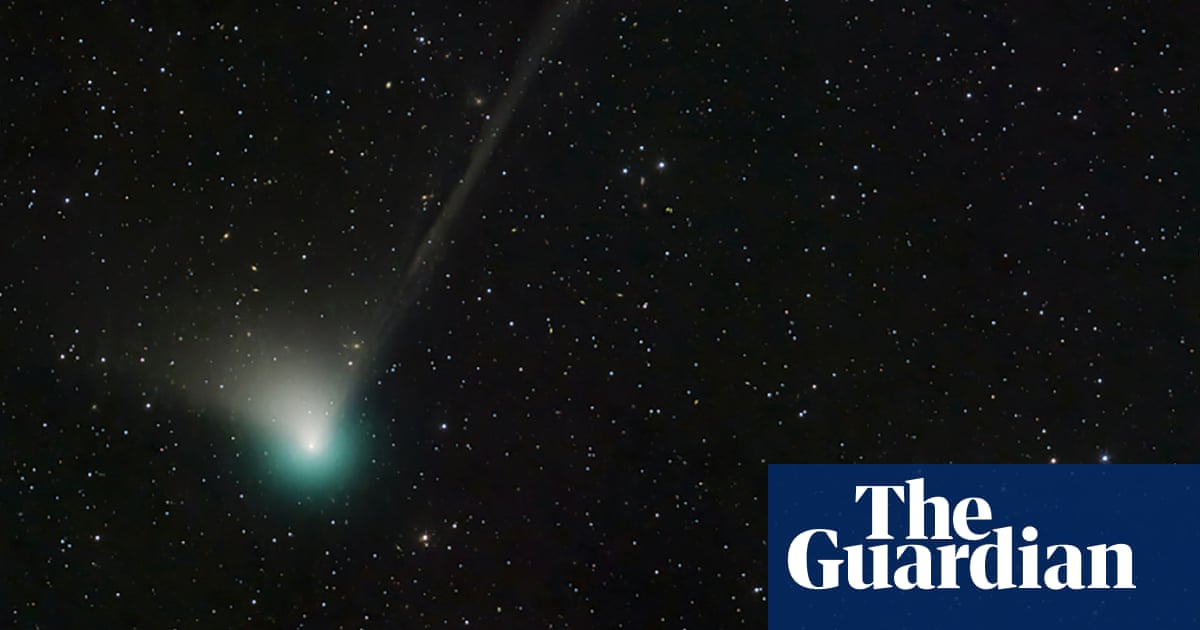 An exotic green comet that has not passed Earth since the time of the Neanderthals has reappeared in the sky ready for its closest approach to the planet next week.

Discovered last March by astronomers at the Zwicky Transient Facility at the Palomar Observatory in California, comet C/2022 E3 (ZTF) was calculated to orbit the sun every 50,000 years, meaning it last tore past our home planet in the stone age.

The comet, which comes from the Oort cloud at the edge of the solar system, will come closest to Earth on Wednesday and Thursday next week when it shoots past the planet at a distance of 2.5 light minutes – a mere 27m miles.

Comets are balls of primordial dust and ice that swing around the sun in giant elliptical orbits. As they approach the sun, the bodies warm up, turning surface ice into gas and dislodging dust. Together, this creates the cloud or coma which surrounds the comet’s hard nucleus and the dusty tail that stretches out behind.

Images already taken of comet C/2022 E3 reveal a subtle green glow that is thought to arise from the presence of diatomic carbon – pairs of carbon atoms that are bound together – in the head of the comet. The molecule emits green light when excited by the ultraviolet rays in solar radiation.