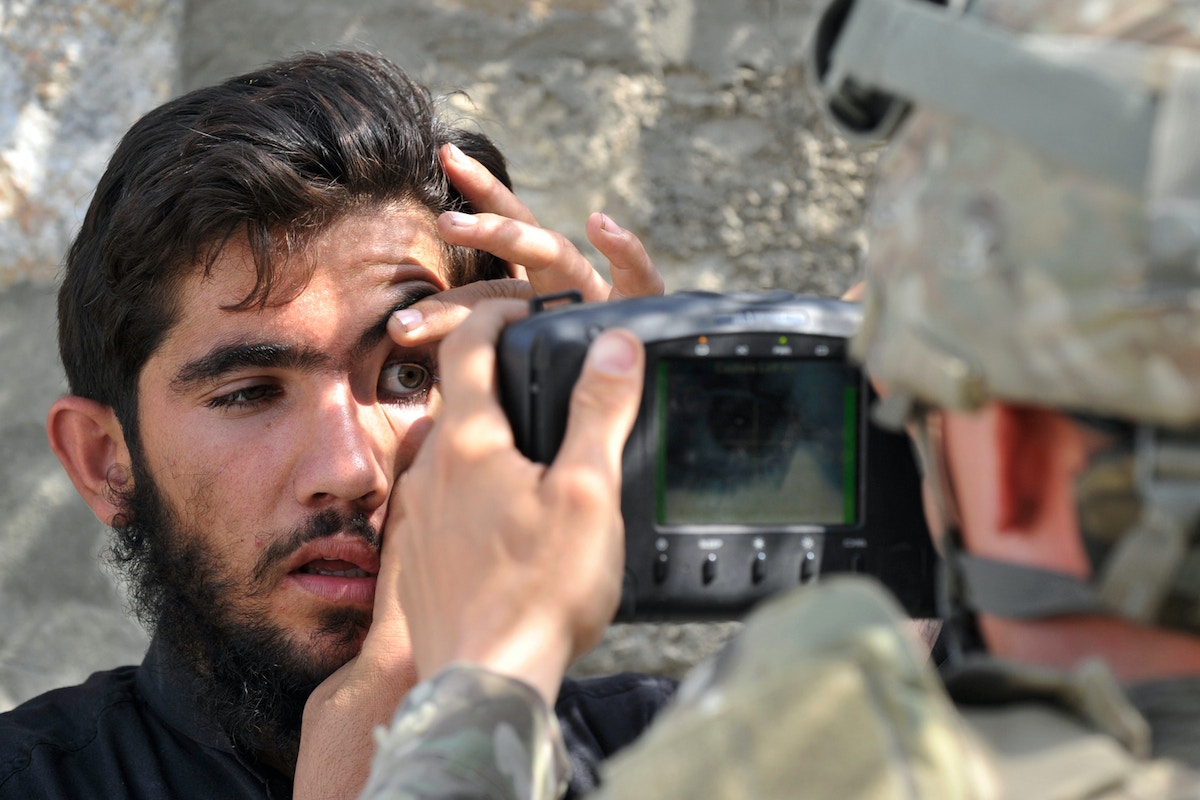 The Taliban have seized U.S. military biometrics devices that could aid in the identification of Afghans who assisted coalition forces, current and former military officials have told The Intercept.

The devices, known as HIIDE, for Handheld Interagency Identity Detection Equipment, were seized last week during the Taliban’s offensive, according to a Joint Special Operations Command official and three former U.S. military personnel, all of whom worried that sensitive data they contain could be used by the Taliban. HIIDE devices contain identifying biometric data such as iris scans and fingerprints, as well as biographical information, and are used to access large centralized databases. It’s unclear how much of the U.S. military’s biometric database on the Afghan population has been compromised.

While billed by the U.S. military as a means of tracking terrorists and other insurgents, biometric data on Afghans who assisted the U.S. was also widely collected and used in identification cards, sources said.