The 57-year-old actor arrived at the Royal Courts of Justice's High Court Tuesday in London on the first day of his claim against the publication. His ex-wife, Amber Heard, arrived separately but also attended the hearing. Advertisement

Depp is suing the The Sun's publisher, News Group Newspapers, and its executive editor, Dan Wootton, over a 2018 story that called him a "wife beater" and alleged he was abusive to Heard, his then-wife.

In a written opening note, Depp's lawyer, David Sherborne, denied Depp is a "wife beater" and said Heard was "the abuser" in the marriage.

"Ms. Heard has invented these stories of serious violence. He is not and never has been a wife-beater," Sherborne said of Depp.

"Indeed, he says that it was Ms. Heard who was the one who started physical fights, who punched or hit him (and there was little he could really do to stop this); she was the abuse, not him," he added.

Sherborne said Depp came to court to "clear his reputation." He said the actor's libel action against The Sun is "now a case about money" but about "vindication."

Johnny Depp Denies Being Violent to Amber Heard, His Ex-Wife 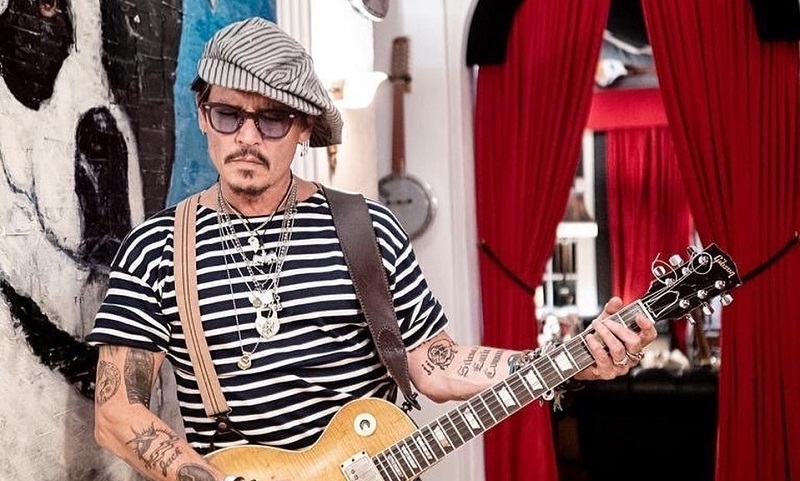 Johnny Depp accepts to Be Marijuana Supplier for His Daughter