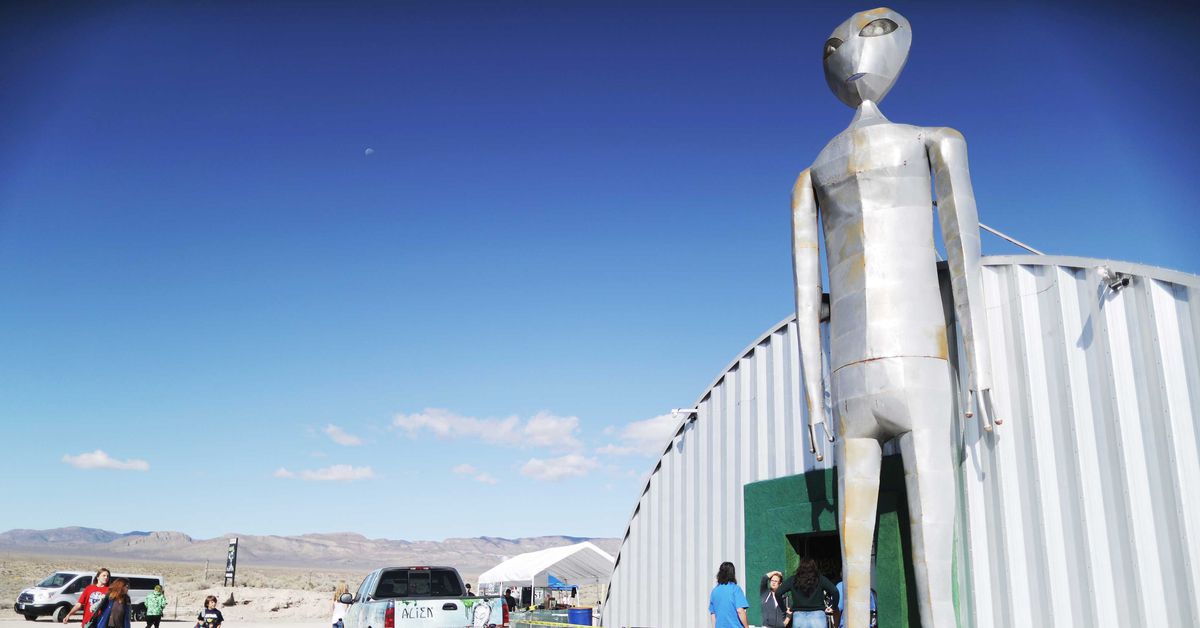 Earlier this year, the Pentagon released three videos of UFOs recorded by the Navy — one taken in 2004 and the other two in 2015. The videos, which first leaked a couple of years ago, show … well, it’s not exactly clear.

There are various objects — two of which look like aircraft — spinning through the sky and moving in ways that defy easy explanation. As the images bop across the screen, you can hear the pilots’ excitement and confusion in real time as they track whatever it is they’re seeing.

I’m not what you would call a UFO enthusiast, but the videos are the most compelling I’ve ever seen. They seem to confirm, at the very least, that UFOs are real — not that aliens exist, but that there are unidentified objects buzzing around the sky.

The best anyone can say is that there’s a non-zero chance that some of these UFOs were made by non-human hands, and that, I’d argue, is reason enough to talk about them. But it’s barely cracked the news cycle. Even in a pandemic, you’d think we’d have a little time for UFO talk.