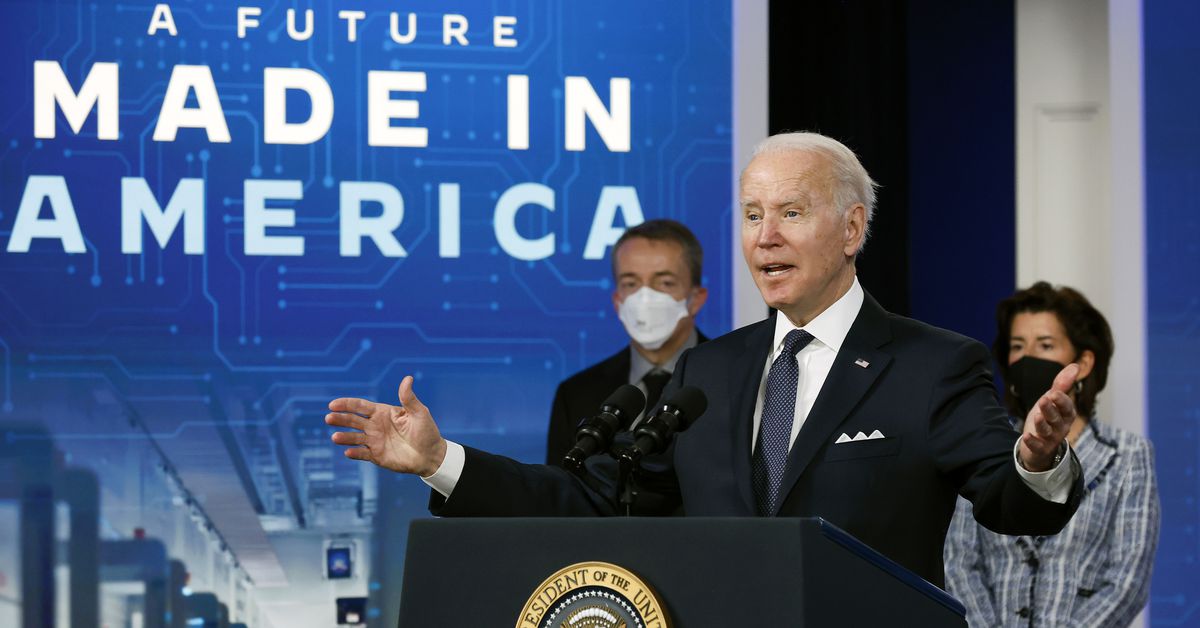 MARCY, New York — From afar, the new Wolfspeed factory in upstate New York looks like any other large corporate office building, with an unassuming gray exterior and large glass windows. But hidden inside is a high-tech plant that’s almost entirely operated by a fleet of robots programmed to build semiconductors with a high level of precision. The scene is a far cry from the manual labor of the 20th-century Ford assembly line, and it just might be the future of American manufacturing, at least according to the politicians and executives who celebrated the plant’s grand opening in late April.

To mark the occasion, a few hundred people, including Wolfspeed employees, investors, and local officials, gathered in a large tent just a short walk away from the factory’s entryway. A series of speakers, including Wolfspeed CEO Gregg Lowe, took turns boasting about the plant’s importance — for local jobs, for technology, for fighting climate change, and even for American prosperity. Also in attendance was Eric Bach, the chief engineer of Lucid Motors, an electric automaker that, just a few hours earlier, announced it would start using Wolfspeed’s chips in its vehicles. The star of the show: New York Gov. Kathy Hochul, who claimed the new facility was part of the “greatest comeback in the history of this nation” before she took a spin in one of the luxury Lucid EVs.

“This has to happen. No longer can the country, the United States, be brought to its knees because of supply chain issues,” Hochul told Recode. “Make them here! Make them in New York! We’ll put the money behind it.”