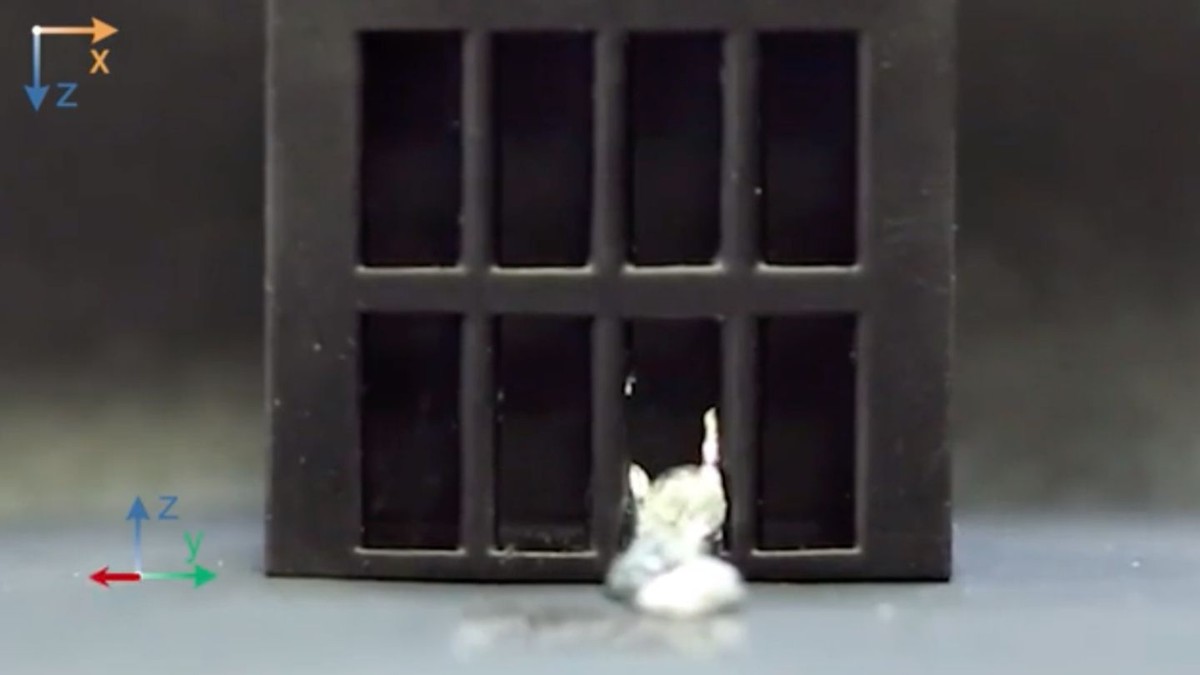 Scientists have created robots that can shapeshift between solid and liquid states, enabling them to perform mind-boggling feats such as jumping, climbing, and even oozing out of a cage in a way that is eerily reminiscent of the T-1000 robots of the Terminator franchise, reports a new study.

The shape and movements of the machines are controlled by magnetic fields, an approach that may lead to new biomedical and engineering technologies, such as targeted drug delivery, circuit assembly, or the creation of universal screws.

Soft robots are typically much more malleable than their hard-bodied counterparts, but the tradeoff is that they are not as strong, fast, or easily controlled as solid machines. Now, an international team of engineers has developed a material made of gallium metal that is embedded with tiny magnetic microparticles.

This “magnetoactive phase transitional matter” (MPTM) uniquely combines the high mechanical strength, load capacity, and fast locomotion speed the solid phase with “excellent morphological adaptability (elongation, splitting, and merging) in the liquid phase,” according to a study published on Wednesday in the journal Matter.