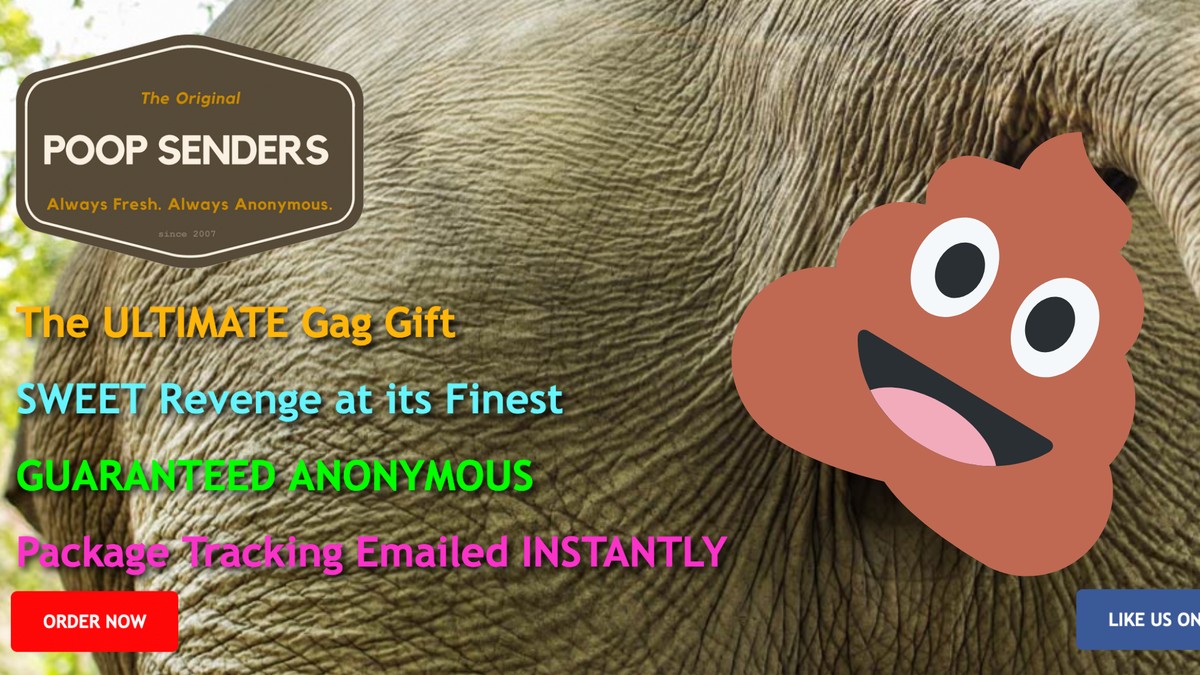 Sara Pruiksma had not ordered anything online recently, so she viewed the white bubble envelope addressed to her with some suspicion.

There is no direct mail delivery in her section of Coeysman, a town of 7,256 in upstate New York, about 15 miles south of Albany. Her husband brought the package home in a regular haul from the Post Office. It was stuffed with a lump-shaped object. The return address gave a P.O. box in Allison Park, Pennsylvania. Pruiksma, a professional artist, did not recognize it.

Eventually, she gave into curiosity. Inside was a plastic bag containing a chunk of grass and goo that looked and smelled like cow shit. “It looked like a muddy, poopy pie,” Pruiksma told Motherboard.

The plastic bag also contained a small card. It read, “YOU HAVE BEEN POOPED ON / Want to know by whom???” Pruiksma had to open the bag and release the scent to flip the card over, but on the other side were the taunting words, “We’ll never tell….,” and a web address: www.poopsenders.com .

Pruiksma is one of the many victims targeted by these anonymous “poop” packages. Since 2007, Poopsenders has sent, through the US Postal Service, realistic-seeming animal feces to whoever its customers deem deserving. The site suggests “your ex,” “your mean boss” or “the teacher that gave your son/daughter a poor grade” as potential targets. Prices start at $17.95, plus $10 shipping and handling, for a quart of “cow poop.” There are also “elephant” and “gorilla” varieties.