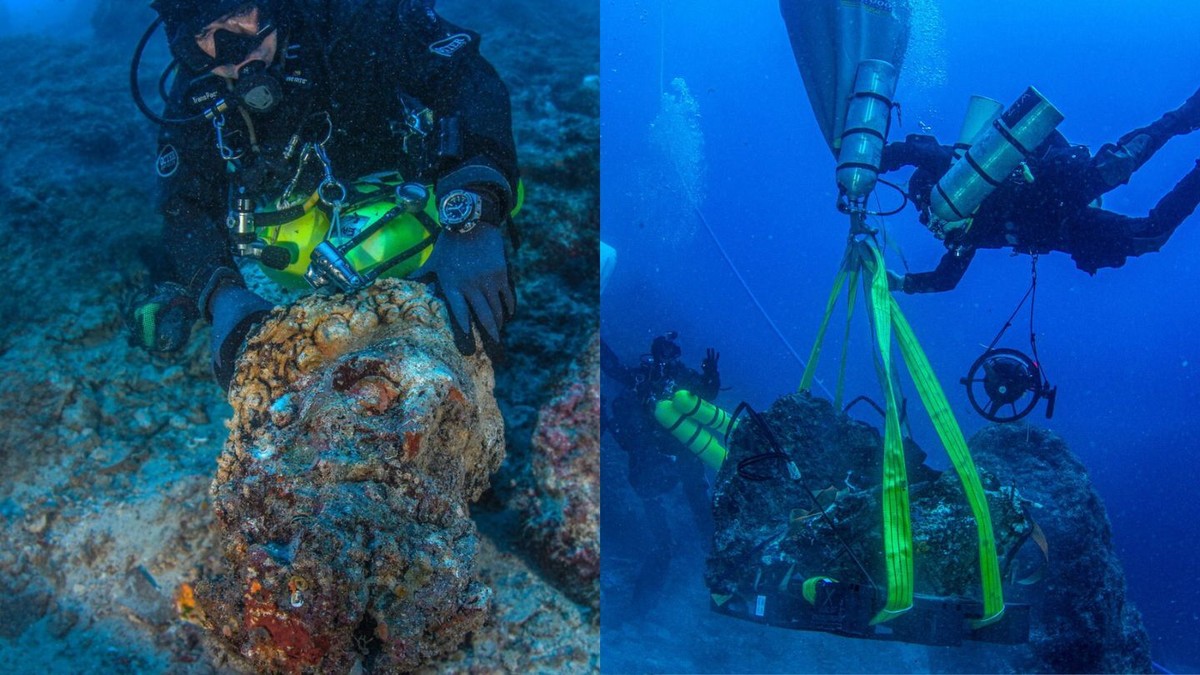 Archaeologists have discovered a huge marble head, human teeth, and other artifacts from the same 2,000-year-old shipwreck where the mysterious Antikythera Mechanism—the oldest known analog computer—was found more than a century ago, according to an update from the team that is exploring the ancient underwater site.

The Antikythera Mechanism has dazzled researchers and the public alike since divers first extracted it from the remains of a sunken Roman cargo ship off the coast of Antikythera, a Greek island, in 1901. The artifact provides a model of the solar system that acted as a sophisticated calendar, predicting the times of astronomical events, like eclipses, as well as cultural touchstones, such as the Olympic games.

Researchers across the decades have managed to piece together many of the Mechanism’s inner workings, but it wasn’t until 2012 that divers returned to the shipwreck to search for additional clues. The mission, called “Return to Antikythera,” is led by the Hellenic Ephorate of Underwater Antiquities, and has already found bronze artifacts, human remains, and other tantalizing objects in the submerged wreckage.