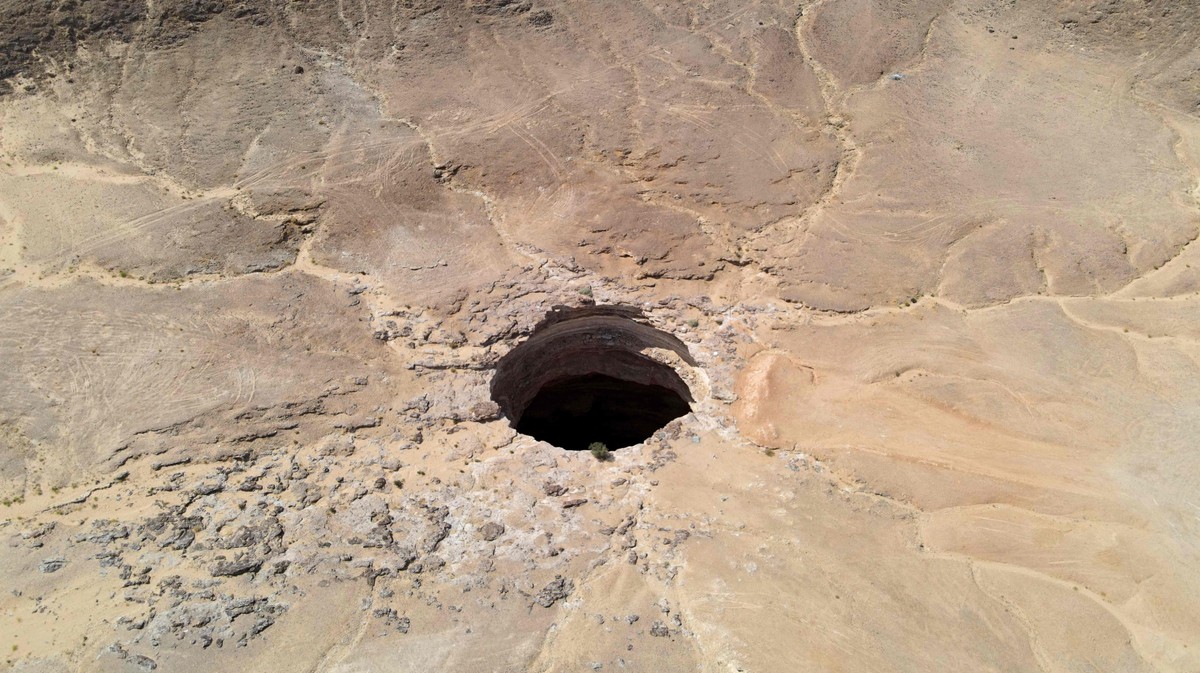 Take one look at the Well of Barhout, a natural sink hole in Yemen, and you can understand why this cavernous formation has inspired so many local legends about ancient curses and evil spirits. It’s a hole in the desert; an alien-looking, circular black pit shooting down into the landscape.

Despite these ominous tales, a team of eight cavers descended 112 meters (367 feet) to the bottom of the pit on September 15, marking the first recorded expedition to the floor of this so-called “Well of Hell.”

Newly released footage from the trip revealed colorful patterns and cave pearls, which are spherical calcium deposits, that have been shaped across millennia by water dripping into the hole. The spelunkers spent several hours in the pit and observed a thriving population of snakes, along with the remains of birds and other animals that were apparently not as well equipped to survive in the hole.

"Passion drove us to do this, and we felt that this is something that will reveal a new wonder and part of Yemeni history," Mohammed al-Kindi, a geology professor at the German University of Technology in Oman who was among the cavers, told the AFP . "We collected samples of water, rocks, soil and some dead animals but have yet to have them analyzed."