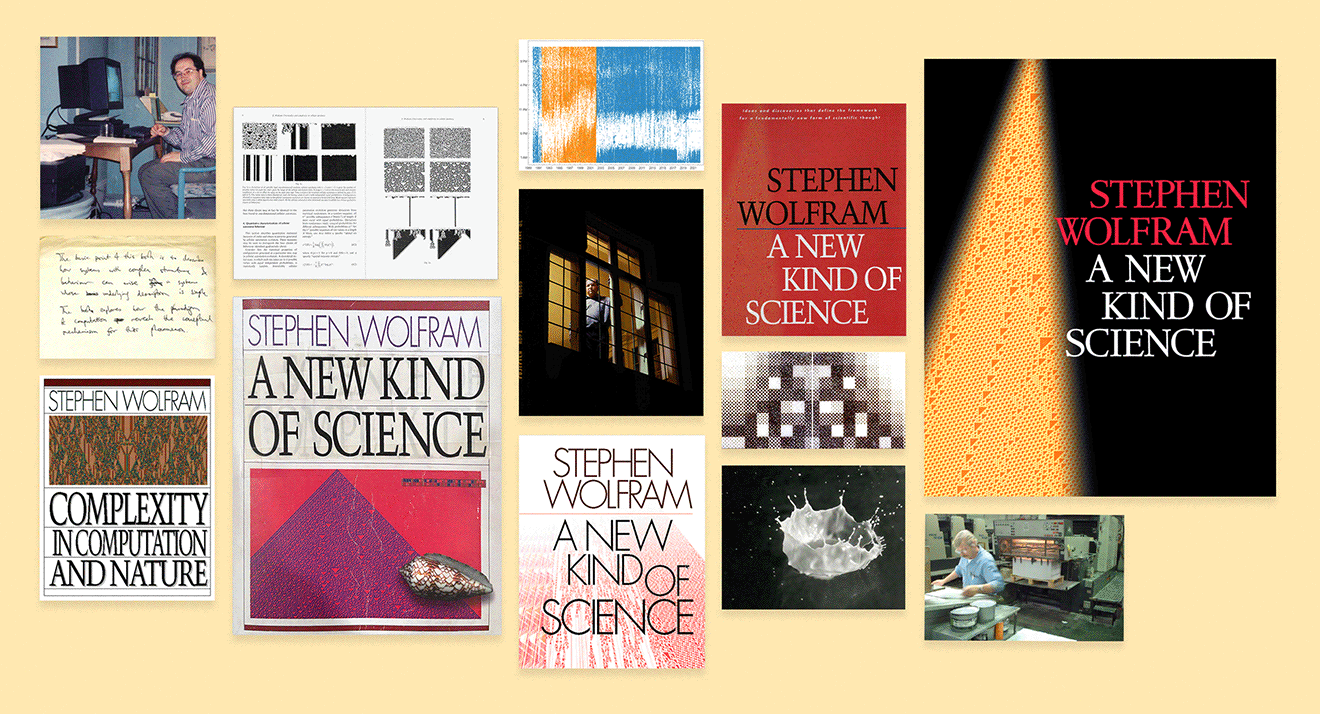 The Making of A New Kind of Science—Stephen Wolfram Writings

In the end it’s about five and a half pounds of paper, 1280 pages, 973 illustrations and 583,313 words. But its creation took more than a decade of my life. Almost every day of my thirties, and a little beyond, I tenaciously worked on it. Figuring out more and more science. Developing new kinds of computational diagrams. Crafting an exposition that I wrote and rewrote to make as clear as possible. And painstakingly laying out page after page of what on May 14, 2002, would be published as A New Kind of Science.

I’ve written before (even in the book itself) about the intellectual journey involved in the creation of A New Kind of Science. But here I want to share some of the more practical “behind the scenes” journey of the making of what I and others usually now call simply “the NKS book”. Some of what I’ll talk about happened twenty years ago, some more like thirty years ago. And it’s been interesting to go back into my archives (and, yes, those backup tapes from 30 years ago were hard to read!) and relive some of what finally led to the delivery of the ideas and results of A New Kind of Science as truckloads of elegantly printed books with striking covers.

It was late 1989—soon after my 30th birthday—when I decided to embark on what would become A New Kind of Science. And at first my objective was quite modest: I just wanted to write a book to summarize the science I’d developed earlier in the 1980s. We’d released Version 1.0 of Mathematica (and what’s now the Wolfram Language) in June 1988, and to accompany that release I’d written what had rapidly become a very successful book. And while I’d basically built Mathematica to give me the opportunity to do more science, my thought in late 1989 was that before seriously embarking on that, I should spend perhaps a year and write a book about what I already knew, and perhaps tie up a few loose ends in the process.