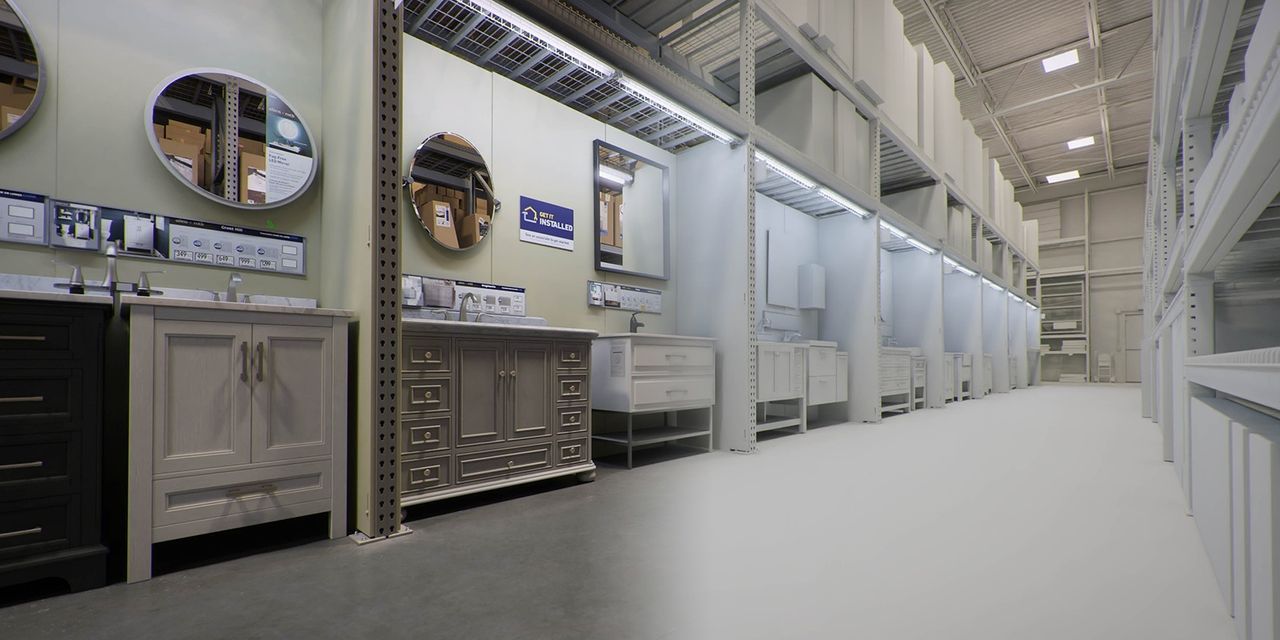 The models, also known as digital twins, are essentially fully virtual versions of the physical stores, updated in real time with information from sensors and point-of-sale devices such as cash registers. The company is currently piloting the digital twins in its Mill Creek, Wash., and central Charlotte, N.C., locations.

Lowe’s is leveraging Nvidia Inc.’s Nvidia Omniverse, a real-time graphics collaboration platform, to create these digital twins and iterate on them. Santa Clara, Calif.-based Nvidia is known for its graphics processing units—graphics chips originally designed to deliver cutting-edge performance to videogames that have gone on to help power everything from artificial-intelligence calculations in data centers to cryptocurrency mining. The digital twin is another application of these processing chips’ graphics power.

The concept of a digital twin has been around for a while and involves creating virtual three-dimensional versions of all kinds of real-life objects or places, analysts say. So far, these digital twins have been primarily used in manufacturing and factory scenarios, they say.