(CNN) — Elon Musk promised that he’d show a working demo of his latest technology moonshot, a new kind of implantable chip for the brain, on Friday. And he did, but it wasn’t with a human subject: Rather, it was with a pig named Gertrude.

In a live-streamed event that began characteristically late, Musk unveiled three not-so-little pigs: one that did not have an implant from his brain-computer interface company, Neuralink; one that had been implanted in the past; and Gertrude, who currently has a prototype of the device.

Gertrude shuffled around her pen, sniffing the ground and eating, while loud beeps and blips filled the air and a display showed real-time spikes in her brain activity. Musk explained that Gertrude had the implant inserted in her head two months before, and that it connected to neurons in her snout. When she touched something with her snout, it sent out neural spikes that were detected by the more than 1,000 electrodes in the implant.

“Pigs are actually quite similar to people. If we’re going to figure out things for people, then pigs are a good choice,” Musk explained during a question-and-answer session after the pig reveal, soon adding, “If the device is lasting in the pig, as it lasted in there for two months and going strong, then that’s a good sign the device is robust for people.” 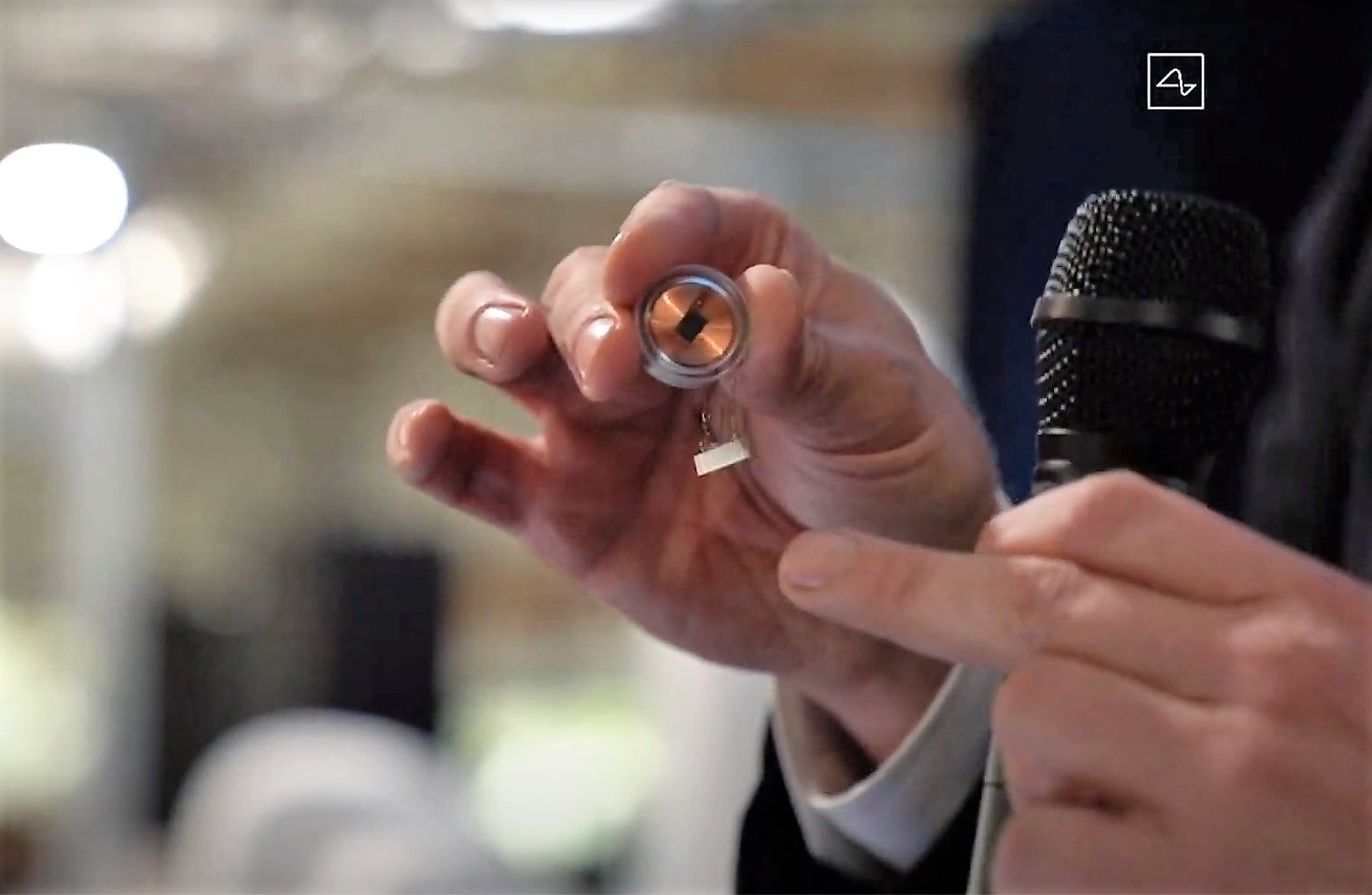