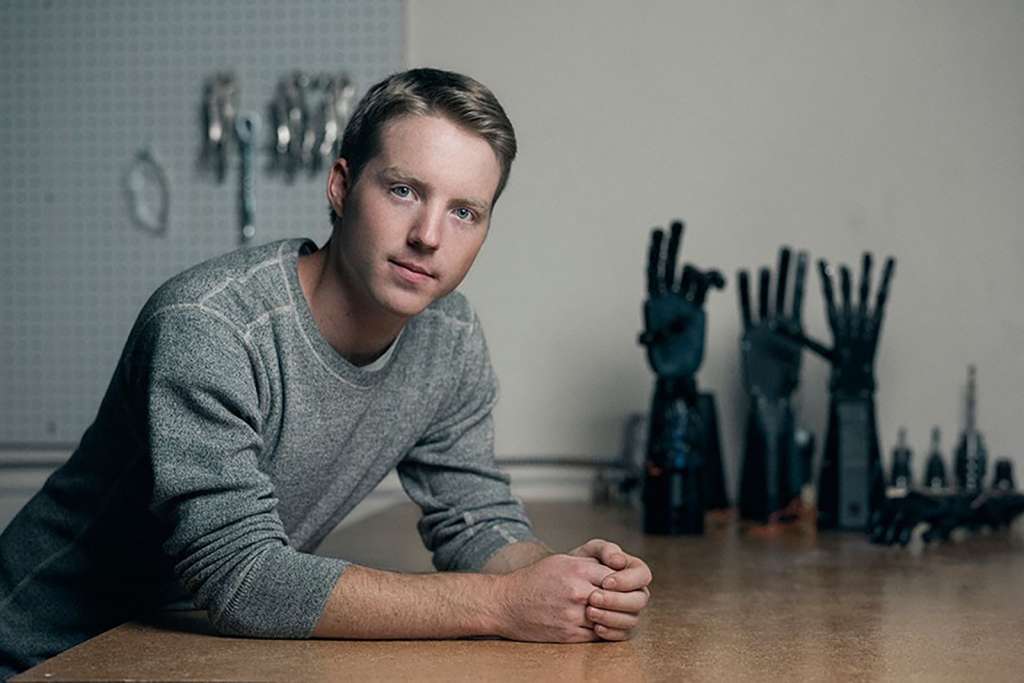 (CNN) — Ten years ago, Easton LaChappelle was a teen watching YouTube videos in his Colorado bedroom on how to build robot arms from LEGOs.

Today, he’s the founder of Unlimited Tomorrow, a company that designs low-cost, 3D printed prosthetic limbs that can be operated with the mind.

It was a chance encounter in the eighth grade that set him on the path to entrepreneurship, LaChappelle says. At a science fair, he met a 7-year-old girl who had an $80,000 prosthetic arm that he described as “archaic” and offered very little help with her physical needs.

“I was shocked to learn how much it costs, especially realizing that she would soon outgrow it and it would become useless at that point,” LaChappelle, now 24, told CNN.

“I couldn’t believe this was the best thing available for her, and that’s when I decided to find out how I can create something that provides physical utility.”