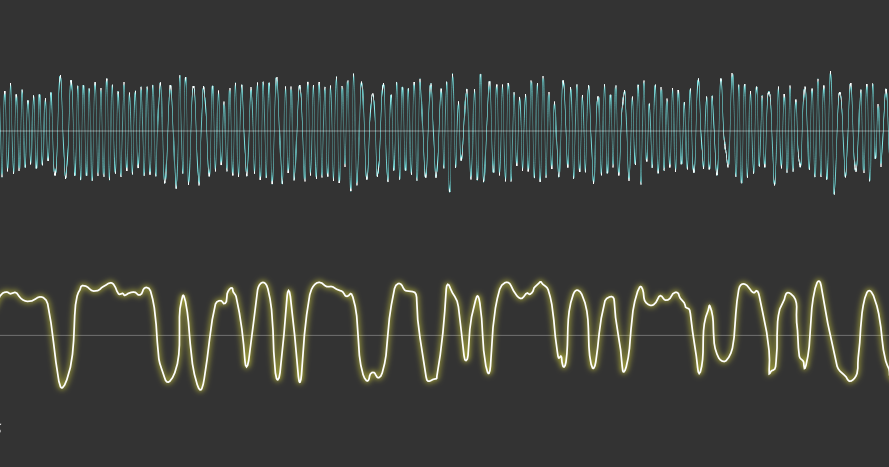 absorptions: Mystery signal from a helicopter

Last night, YouTube suggested a video for me. It was a raw clip from a news helicopter filming a police chase in Kansas City, Missouri. I quickly noticed a weird interference in the audio, especially the left channel, and thought it must be caused by the chopper's engine. I turned up the volume and realized it's not interference at all, but a mysterious digital signal! And off we went again.

The signal sits alone on the left audio channel, so I can completely isolate it. Judging from the spectrogram, the modulation scheme seems to be BFSK, switching the carrier between 1200 and 2200 Hz. I demodulated it by filtering it with a lowpass and highpass sinc in SoX and comparing outputs. Now I had a bitstream at 1200 bps.

The bitstream consists of packets of 47 bytes each, synchronized by start and stop bits and separated by repetitions of the byte 0x80 . Most bits stay constant during the video, but three distinct groups of bytes contain varying data, marked blue below:

The first guess seems to be correct. It is supported by the relationship of two of the three byte groups. If the 4 first bits of each byte are ignored, the data forms a smooth gradient of three-digit numbers in base-10. When plotted parametrically, they form an intriguing winding curve. It is very similar to this plot of the car's position (blue, yellow) along with viewing angles from the helicopter (green), derived from the video by manually following landmarks (only the first few minutes shown):