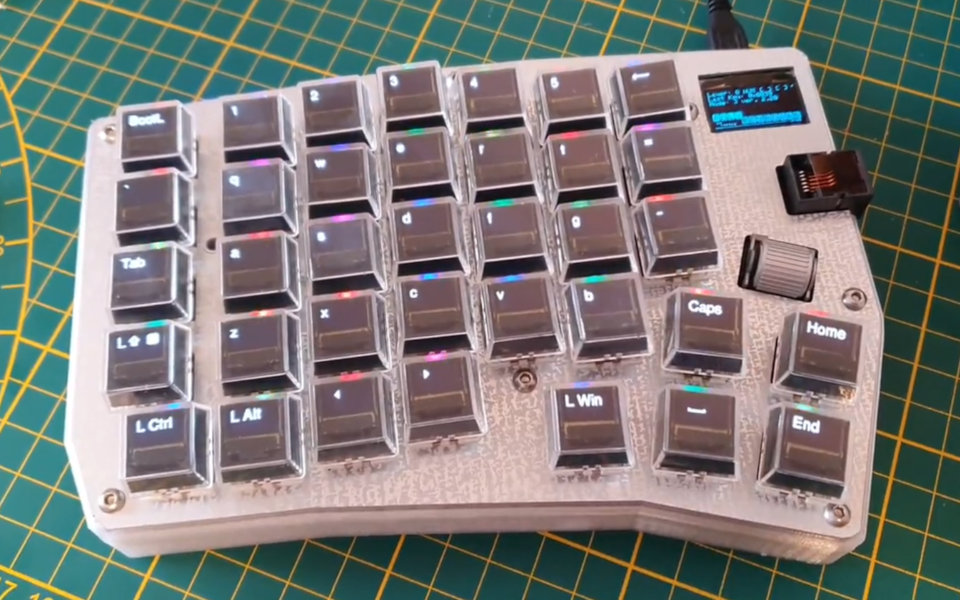 Thomas aka thpoll has been developing his Poly Keyboard for some time. The project is still work in progress, however, he posted a promising video this week:

So what is this project about? In Thomas's words, the Poly Keyboard is a keyboard "that speaks any language with OLED displays in its keycaps".

I was actually just experimenting with displays/Arduino and coincidentally found out that one of these displays had the size of a keycap (it was a 0.49" 64x32 OLED display on a PCB with an I2C interface) – thpoll.

Wait a second before you head to Aliexpress! :D The size was less then 1U (19.05mm) but still too big to fit into an ordinary keycap, so Thomas printed some custom caps with transparent PETG – then found an even smaller display:

So, while you could argue that any programmable keyboard can handle the characters of any language, those characters are actually displayed here: the PolyKB, a "polylingual keyboard", has these tiny little OLED screens in each keycap.