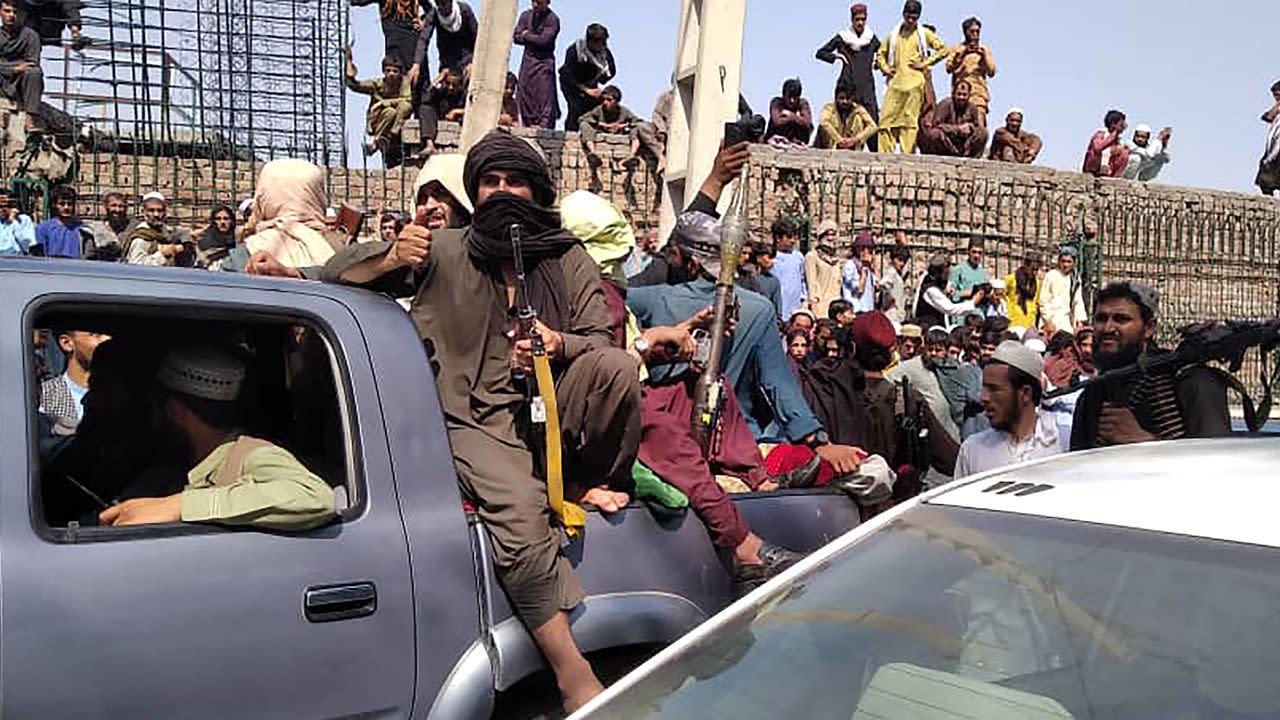 "The war is over": Taliban declare victory in Afghanistan

Taliban leaders declared Monday "the war is over," after taking control of Afghanistan nearly 20 years on from the militant group fleeing a U.S.-led coalition march into Kabul.

Driving the news: The declaration to Al Jazeera came after the Taliban seized the presidential palace in Kabul Sunday, and following the U.S. evacuation of the American Embassy Monday. The U.S. was taking over air traffic control at Kabul's airport, where chaotic scenes were reported Monday, as foreigners and Afghan citizens attempted to flee.

Mohammad Naeem, the spokesperson for the Taliban’s political office, told Al Jazeera the group was "ready to have a dialogue with all Afghan figures and will guarantee them the necessary protection" and that the type of the Afghan government would soon be made clear.

"Today is a great day for the Afghan people and the mujahideen. They have witnessed the fruits of their efforts and their sacrifices for 20 years," Naeem said."Thanks to God, the war is over in the country."