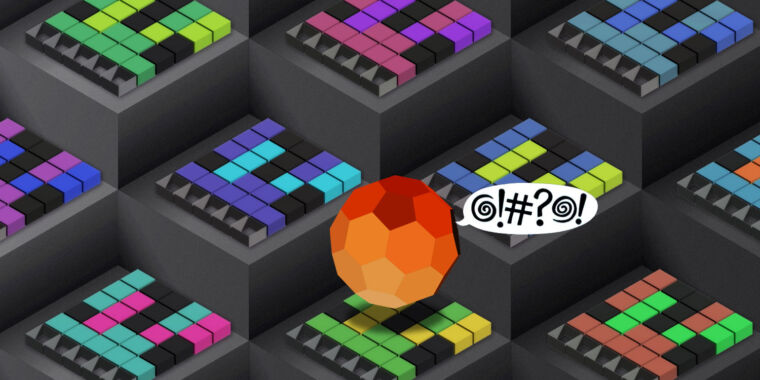 Wordle and IP law: What happens when a hot game gets cloned

Further ReadingWordle is the word: Why Ars is hooked on a free, easy-to-share web gameOn Tuesday afternoon, searching for "Wordle" on the iOS App Store turned up a small handful of apps aping the name and gameplay of the simple word game that has gone viral in recent weeks. But none of those iOS apps were made by Josh Wardle, the Brooklyn-based software engineer who created the free web-based game last October.

Today, all of those copycat apps are gone, the apparent result of a belated purge by App Store reviewers following some social media attention. But this likely doesn't mean the end of Wordle clones. Those quick removals paper over the complicated legal and social landscape surrounding copycat apps and the protections developers can claim on their game ideas.

Enlarge / A play sheet from Jotto, a pen-and-paper game that predates Wordle by decades.duke CSTo start, it's important to note that the basic five-letter guessing game underlying Wordle is not itself a completely original idea. The same basic gameplay was popularized by Lingo, a game show that dates back to the '80s in the US and other countries. The two-player pen-and-paper game Jotto, which goes back to 1955, would also be very familiar to Wordle players. Before that, a more traditional version of the game called Bulls and Cows has been played since the 19th century, according to at least one source.