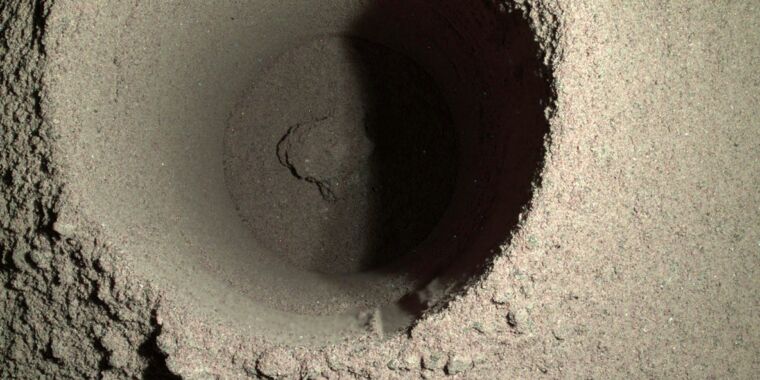 Last week, NASA’s Perseverance rover shot for a new milestone in the search for extraterrestrial life: drilling into Mars to extract a plug of rock, which will eventually get fired back to Earth for scientists to study. Data sent to NASA scientists early on August 6 indicated a victory—the robot had indeed drilled into the red planet, and a photo even showed a dust pile around the borehole.

“What followed later in the morning was a rollercoaster of emotions,” wrote Louise Jandura, chief engineer for sampling and caching at NASA’s Jet Propulsion Laboratory, in a blog post yesterday describing the attempt. While data indicated that Perseverance had transferred a sample tube into its belly for storage, that tube was in fact empty. “It took a few minutes for this reality to sink in, but the team quickly transitioned to investigation mode,” Jandura wrote. “It is what we do. It is the basis of science and engineering.”

By now, the team has a few indications of what went wrong in what Katie Stack Morgan, deputy project scientist of the Mars 2020 mission, calls “the case of the missing core.”