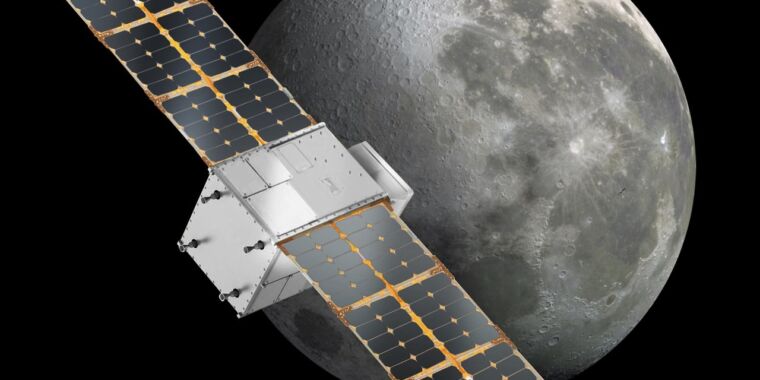 For the first time, a small rocket will launch a private spacecraft to the Moon

NASA and Rocket Lab are gearing up to fly a novel mission to lunar orbit that in many ways serves as the vanguard of what is to come as the space agency and US companies ramp up exploration and development of the Moon.

The space agency is financially supporting the privately built satellite, named CAPSTONE, with a $13.7 million grant. It is scheduled to launch on an Electron rocket as early as Saturday from New Zealand. Developed by a Colorado-based company named Advanced Space, with help from Terran Orbital, the spacecraft itself is modestly sized, just a 12U cubesat with a mass of around 25 kg. It could fit comfortably inside a mini-refrigerator.

The mission's scientific aims are also modest—primarily, the demonstration of a new system of autonomous navigation around and near the Moon. This Cislunar Autonomous Positioning System, or CAPS, is important because there is a lack of fixed tracking assets near the Moon, especially as the cislunar environment becomes more crowded during the coming decade.

In an interview, a senior engineer in NASA's Space Technology Mission Directorate, Chris Baker, said the space agency is interested in this kind of technology as it makes plans to help manage growing traffic near the Moon, including its own Artemis missions and commercial spacecraft delivering NASA science payloads to the Moon's surface.