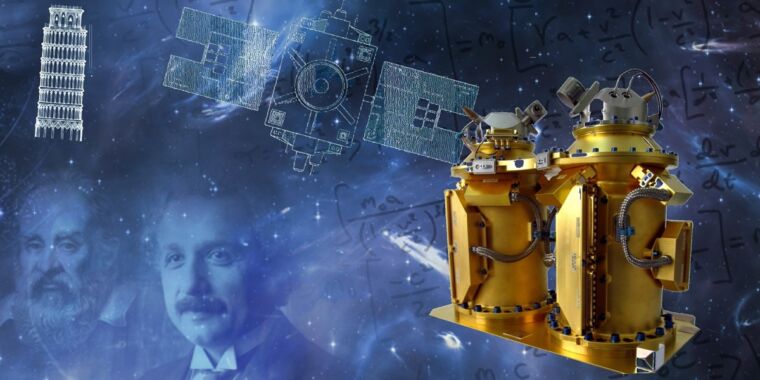 One of the most counter-intuitive notions in physics is that all objects fall at the same rate, regardless of mass, aka the equivalence principle. This was memorably illustrated in 1971 by NASA Apollo 15 astronaut David Scott during a moonwalk. He dropped a falcon feather and a hammer at the same time via a live television feed, and the two objects hit the dirt simultaneously.

There's a long tradition of experimentally testing the weak equivalence principle, which forms the basis of Albert Einstein's general theory of relativity. In test after test over many centuries, the equivalence principle has held strong. And now the MICROSCOPE (MICROSatellite pour l'Observation de Principe d'Equivalence) mission has achieved the most precise test of the equivalent principle to date, confirming Einstein yet again, per a recent paper published in the journal Physical Review Letters. (Additional related papers appeared in a special issue of Classical and Quantum Gravity.)

John Philoponus, the 6th-century philosopher, was the first to contend that the velocity at which an object will fall has nothing to do with its weight (mass) and later became a major influence on Galileo Galilei some 900 years later. Galileo supposedly dropped cannonballs of varying masses off Italy's famed Leaning Tower of Pisa, but the story is probably apocryphal.