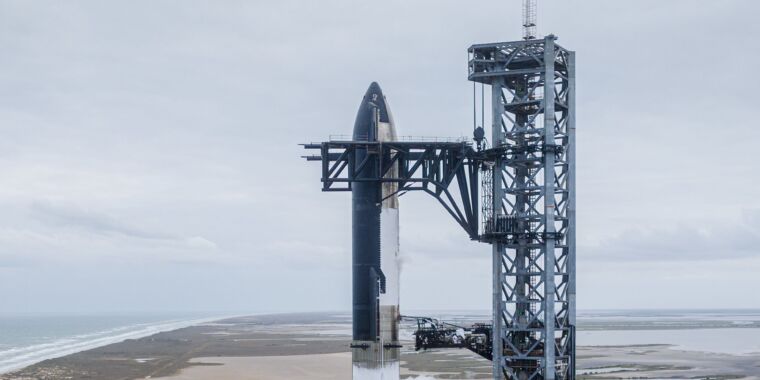 SpaceX on Tuesday confirmed that it fully fueled its Starship launch system during a critical test on Monday and is now preparing to take the next step toward launch.

The company shared images and video of its fully fueled Starship upper stage and Super Heavy first stage in South Texas. The shiny, stainless steel vehicles appeared frosty as they were loaded with super-cold liquid oxygen and methane propellants.

During this "wet-dress rehearsal" test, SpaceX said it loaded more than 10 million pounds (about 460,000 kg) of propellant onboard the vehicle, which, when fully stacked, stands 120 meters tall. Essentially then, over the course of a little more than an hour, the company filled a skinny, 30-story skyscraper with combustible liquid propellants—and nothing blew up.

Notably, SpaceX completed this important fueling test on its first attempt with Starship and Super Heavy in a stacked configuration, testing both the rocket as well as the launch tower and myriad ground systems required to pump all of these pressurized cryogenic fluids.